The Justice Fellowship of Earth-Plaid

If you follow as many Lego-based social media accounts as I do, you start to see a lot of people going into their minifigure bins and making their own alternate universe versions (AUs, as the kids maybe still say on the inter-ma-nets?) of their favorite characters.  Never one to miss out on a good trend and, of course, having a lot of COVID-19 adjacent free time on my hands, I decided to have a go myself.  Here is the plaidiverse / Earth-Plaid (because my username the social meda these days is usually @plaidbrarian) version of the JLA, the Justice Fellowship.  First, the inevitable group shot: 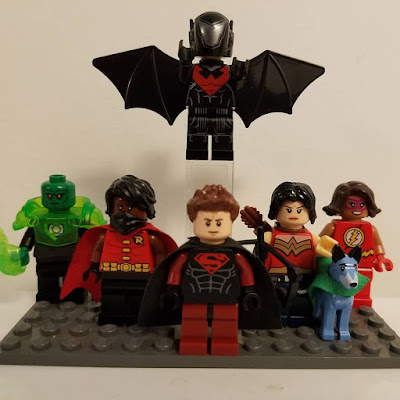 And now let's meet the team: 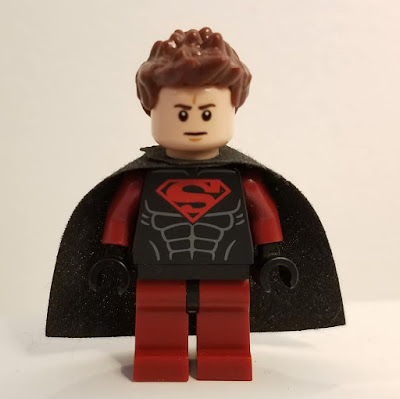 Superman (Kent Clarke) - Still uncomfortable with working so publicly, but he knows that he can help, and feels compelled to use his gifts for the good of humanity because it's the right thing to do.  He understands why people are maybe afraid of him, though, and why they wonder just where the line gets drawn for "the good of humanity," because he still wonders, too. 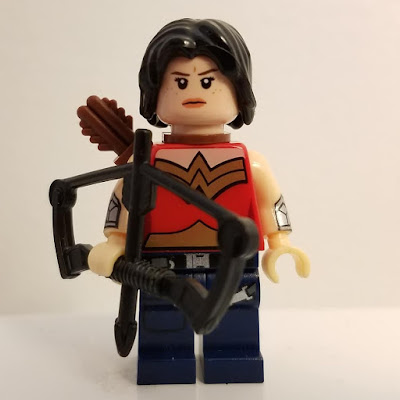 Wonder Woman (Diana Artemis) - First of all, she hates the name Wonder Woman, but has gotten tired of trying to explain that the crest she wears is a representation of the eagle of Zeus and not two W's, so whatever, but she'd really prefer you just call her Diana. Her uniform and her lifestyle are a mix of her traditional Amazon upbringing and DIY punk aesthetic. Settled in Washington DC because she loves the music scene. Drummer in, like, 4 bands. Cuts her hair with a sword. 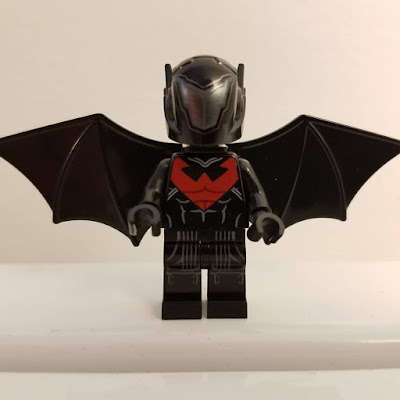 B.A.T.Man (Ted Kord) - Ted's family's tech company was saved from bankruptcy by and absorbed into WayneTech; Ted turned down a chance to be the new CTO in favor of heading up the R&D lab in Gotham City for CEO Lucius Fox. Some off-book, unauthorized test runs of some potential military projects saw Ted digging the thrills and sense of accomplishment of fighting crime in Gotham, which also brought him the attention and support of both Fox and Wayne-family heir Alfred Pennyworth, who never recovered from his employers' / surrogate family's brutal triple murder. 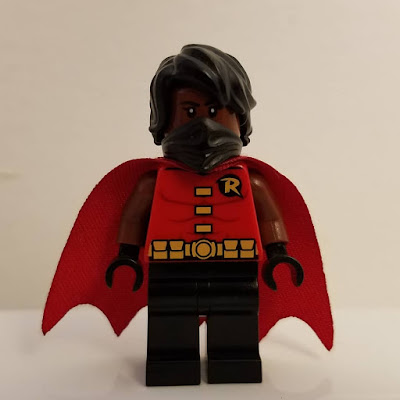 Robin (Tiffany Fox) - Lucius Fox's daughter, and a tech whiz in her own right.  Earned her way into a job into the WayneTech R&D department on her own merit and not her name (she initially applied under an alias), and figured out Ted's deal and his connection to the Batman (most people don't know the name's an acronym) on, like, day 2.  Prefers a more ground-level approach, and works on her own with increasing frequency.  Has an unofficial sideteam going with some other female adventurers that they jokingly call "the Birds of Prey." 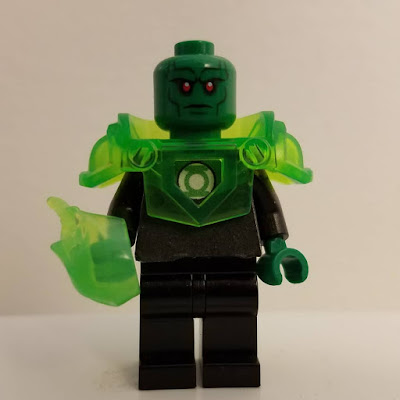 Green Lantern (J'onn J'onzz) - Time-displaced last Martian and Green Lantern of Sector 2184.  Kind of a hard guy for everyone to read still, but opens up a little if you offer him cookies.  Sympathizes with Diana's nomenclature issues because he can't seem to make Earth people understand that he isn't called Green Lantern because he is green, it's just a coincidence! 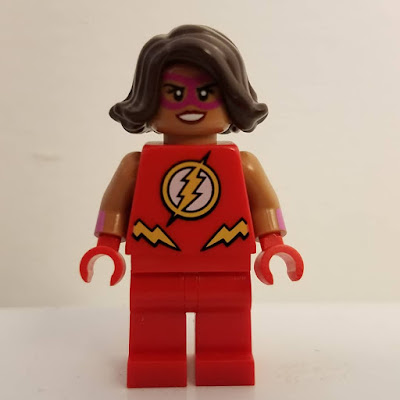 Flash (Jenni Allen) - 3rd generation super speedster adventurer, going into the family business behind her mom and her abuela.  Newest and youngest member of the Fellowship, everything is still new and very, very cool.  But dude bros of the world beware, she's already heard all your "Heh heh, I know what you should flash" jokes, and making one within her earshot is a great way to get pantsed, picked up, and dropped off in, like, Nepal before you can even put down your PBR. 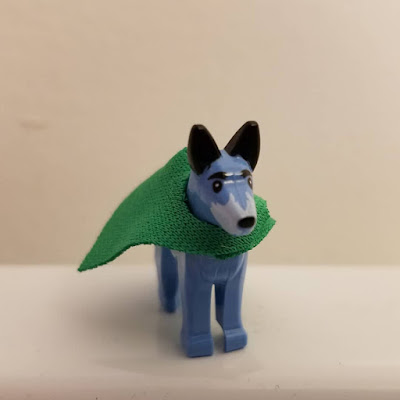 Wonder Dog (Wonder Dog) - Diana's dog and, in her words, "the only man [she] will ever love."  As much as she hates being called Wonder Woman, she thinks he really is a Wonder Dog and made him the cape because he's a hero, dammit.  And yes, he is an official member of the Justice Fellowship.  Do you want to be the one to tell her otherwise?  His one weakness is tummy scritches.
at May 11, 2020
Labels: DC, lego, Lego Builds