Up Too Late Film Club: Fantabulous By Any Name 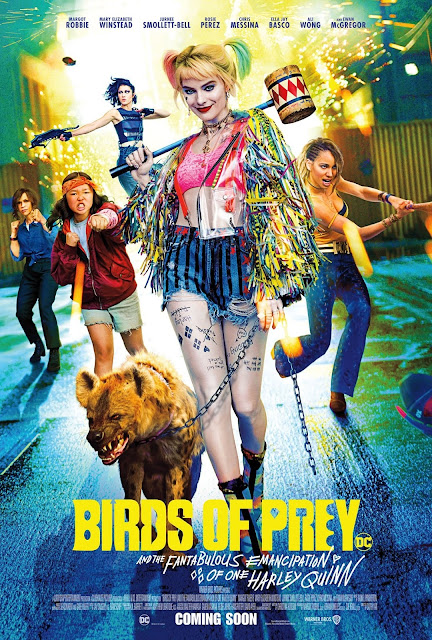 I find it odd that there may still be people on the fence about Birds of Prey and the Fantabulous Emancipation of One Harley Quinn, but the comparatively quiet box office numbers seem to bear that out... although it has already made back it's entire budget and is making profits here and abroad, so let's dismiss the idea that it's a flop right out of hand because it is definitely not that.

I saw it a week or so ago and kind of loved it.  Here's what I had to say about it on Letterboxd, which sums up my feelings fairly succinctly and also content is content and re-purposing things like this is working smarter, not harder:

"Terrific cast, great soundtrack, jokes that land, it doesn't overstay its welcome, and there are a lot of attractive people kicking ass creatively. This was a hell of a lot of fun, which is *exactly* what these DCEU movies need more of. And it's not like this steers clear of the all the murky grimdark of the early entries in that shared universe... it barrels headlong into it, in fact. The big difference, though, is that it isn't cynical... there's a surprising amount of heart here, heart that also happens to be delivered with a smirk, a wink, an aluminum baseball bat to the knees, and some very strong characters taking much needed agency.

Also, that is the best looking egg sandwich in cinema history and I want one NOW."

Really, I think my only complaint is that it could have used more of Mary Elizabeth Winstead's awkward-but-still-badass Huntress, who stole every scene she's in.  It's a very different take on the character, but it's terrific.  If the powers that be wanted to give me a whole movie of her trying to sound cool, failing, getting frustrated, and then proceeding to assault bad guys with kicks and crossbow bolts, I'd be down for that.  I mean, I already made a Lego figure for her and everything. 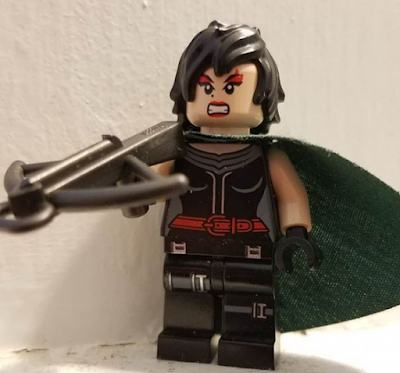