For the uninitiated, this is WWE Superstar Bayley: 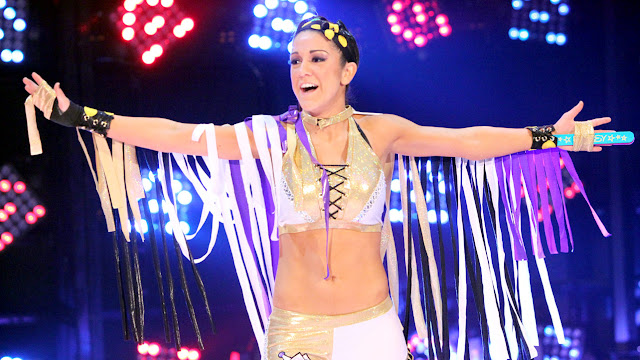 Bayley hugs, high fives, rocks a side ponytail like few others, and is as positive an on-screen role-model as anyone could hope for.  Her NXT storyarc was one of professional wrestling's ultimate underdog stories: the starry-eyed fangirl who rises to the top to become a champion, earning the adulation (and adoration) of the crowd and respect of the peers who had earlier dismissed her. And she put on some damn good matches to earn all that, too (seriously, go watch her title match with Sasha Banks at NXT TakeOver Brooklyn in 2015; it stole the show and might be the single best wrestling match I've ever seen at an event I attended live).  Her eventual jump to the main WWE roster was inevitable, and before she ever came up the crowds during Raw and Smackdown shows would sometimes chant her name during other people's matches (which is as rude as it is admiring, but we'll get to the crowds in a bit).

Long story short, she did eventually get "promoted," debuted in dramatic fashion, got involved in some big storylines, and even got held the Raw Women's Championship for a time.

And then large portions of the crowds started booing her.

Not in our house, I should hasten to add. We're all big Bayley fans at Trusty Plinko Stick World Headquarters, ever since the wife and I got back into wrestling a few years ago and discovered NXT. We got to watch her entire character evolution take place, starting from the time she'd awkwardly follow the late, great Dusty Rhodes around up through each stage as she'd gain more skills and confidence until she deservedly started to get shots at the NXT Women's Title, even if she came up short. That final victory was the culmination of long game wrestling storytelling, and when the crowd at that Brooklyn chanted "YOU DESERVE IT!" at the end of that match with Banks, it was 100% sincere. She was given nothing but a chance, fought for every opportunity, and those efforts were rewarded.  Her subsequent title run followed suit, as both performer and the booking had to show that even with a title she was still the underdog, proving again and again that this wasn't a fluke, that she was a deserving champion. 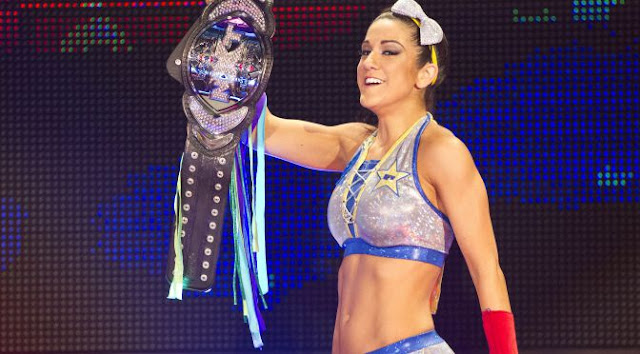 So what happened? Why, after all of that success in NXT and the initial warm reception on Raw, have the crowds cooled?  I think there are a couple of reasons:


1. Bayley's rise to the NXT title gold happened organically over a period of several years as both her character-building and in-ring work grew and changed. Her path from Raw debut to the women's title happened over the span of just a few months. Back in the day, wrestling crowds were more accepting of the company mandated "This is your new hero!" type of booking (see also: Hulkamania), but in the past decade or so fans have been hesitant to do so and very vocal about it. The second anyone feels "shoved down their throats," like a John Cena, a Randy Orton, a Roman Reigns, a sizeable portion invariably turns on them, preferring to choose their own heroes, thank you very much. Of course, this has usually helped underdogs in the past, like Daniel Bryan or CM Punk, so it's weird to see Bayley get lumped in with the former group rather than the latter, but Bayley also moves a lot of merchandise for the company (adults may boo, but kids want those headbands and slap bracelets), so maybe it does make a bit of sense in a way; some people have a real problem with others' success.

2. NXT exists in a different environment than any other WWE show. Raw, Smackdown Live, and even 205Live are big arena shows that travel across the country (sometimes even the globe) every week. NXT travels a bit for house shows and, lately, for the quarterly TakeOver events, but for the most part in exists in one location: Full Sail University in Winter Park, Florida. Weekly shows aren't live and are taped several at a time (I think they'll do 3-4 episodes in a single night). Crowds are good-sized, but not arena big, and a good chunk of them are regulars that you'll see in the audience regularly if you pay attention to such things. Basically, NXT feels like a hybrid of the studio-based wrestling shows you'd see on local cable (or TBS) in the 80s mixed with one of the larger indie promotions of today, like Ring of Honor. There's more focus on wrestling than story; a smaller and more intimate feel; and a crowd that's not afraid to embrace some goofy gimmicks. As a result of all of this, not every huge success in NXT translates as well to Raw or Smackdown, particularly if their gimmick is, well, gimmicky. It's also worth keeping in mind that the crowd is largely made up of people who love and follow pro wrestling on almost every level, so they have an appreciation for things that won't fly for the people who only watch on Monday or Tuesday nights and will take the family to see a WWE show when it rolls into the town the same way they would with something like the circus or, I don't know, Monster Jam.

3. Finally - and this cannot be stressed enough - portions of modern WWE televised event crowds are usually pretty awful, seemingly more interested "participating in" (read: derailing) the show than enjoying it. Why these people are paying $40 and beyond for tickets to hate-watch a show I'll never understand. They'll chant other people's names in the middle of a match (usually CM Punk, but it could be anyone), they'll shout "BORING!," they'll throw beach balls around, and they'll boo the babyfaces and cheer the heels just to be ironic. And the bigger the babyface, the louder the boos. We're in a day and age where Hulk Hogan's cartoonish living superhero "train, say your prayers, eat your vitamins" persona isn't going to fly anymore (especially since the real-life man behind the Hulkster has repeatedly proven that even he doesn't walk that walk), I get that, but I have a huge problem with such deep-seated cynicism. The villains are fun, but you need a proper hero to define a villain (and vice versa). Without that, you just have a bunch of assholes running around purposelessly, doing whatever they want with no real reason or provocation. Kind of like the crowd, come to think of it.

(Not every WWE crowd - or wrestling crowd in general - is awful, mind you. If you want a great experience watching wrestling with like-minded fans who are genuinely into it, go see any non-televised house show you can. It will probably be a pretty good experience. It's all those people who are desperate to get on TV, particularly in larger cities already known for rowdy sports fans, that end up being the dicks and ruining it for everyone, especially the performers.)

Bayley is currently sidelined with a shoulder injury - a real one, one that sidelined her for SummerSlam, but such is the nature of professional wrestling that can we ever really be sure? - so she has been off TV for a few weeks. I think she's likely to come back much the same character as when she left - as I said, booed or not she still moves a lot of t-shirts and Vince McMahon goes where the money is - but there are some who hopes she gets tweaked or repackaged somehow. I think that would be a real shame, appeasement for the attention-seeking smarky parts of the audience who are more likely to boo her for the change than support the thing they claimed to want but never really did. Bayley's "kid sister" routine may not play well to the "Worst. Episode. Ever." people but she's over big with the kids in the audience, and those kids' parents as well.

What's so wrong with a role model, anyway? What's so funny 'bout high-fives, hugs, and headbands? 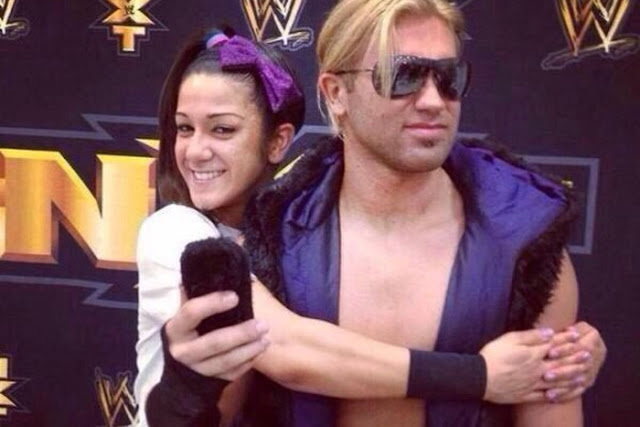