Literally Anyone Can Make Comics: Kirby's 100th (or, Something, Something Darkseid)

It wasn't my intention to post a second comic so soon, but I couldn't miss Jack Kirby's centennial.

Much has been said about the King's reach, scope, and influence on comics, and every word of it is true. Jack has inspired everyone who has had even tangential connection to the form, and will continue to do so for as long as people have eyes and imagination. Probably longer.

My tribute is... lacking, we'll say, but I hope Jack would appreciate the attempt if not the execution. But I learned that Kirby Krackle is really fun to draw, so there's that. 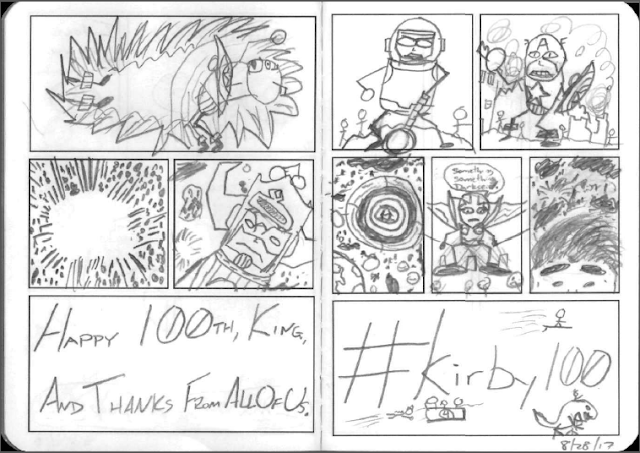