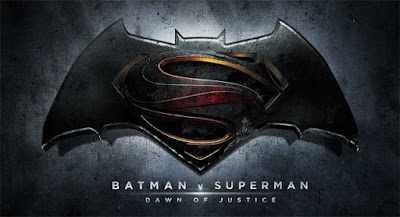 Like so many of the rest of you, I made it out to see Batman v Superman: Dawn of Justice this weekend (and seeing as I crossed state lines to see it with friends up in Maine and didn't make it to bed until about 2am afterward, it counts as an Up Too Late Film Club field trip).  Unlike a lot of you, though, I actually kinda liked Man of Steel, so I didn't have quite the same amount of baggage going into it that many did.  I still had my fears, though (mostly due to comments of director Zack Snyder), so if I went in optimistic, it was cautiously so.

I'll break my thoughts up into two sections: the short, spoiler-free version, and then some more in-depth, spoilery comments to follow.

Quick Thoughts, Spoiler-Free: it tries to do waaaaaaaay too much, it squanders an awesome supporting cast, the villain is weak, and I didn't love the ending, but what it does well it does very well and you can't accuse it of being unambitious or boring. Henry Cavill was properly Supermanly, Ben Affleck was a better Batman than Christian Bale, and Gal Gadot steals the show in her (too few) scenes as Wonder Woman.

More specific comments to be found in between pictures of the lovely Ms. Gadot: 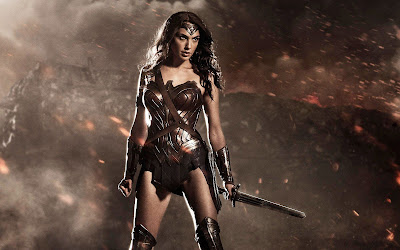 The Good:
For all the talk of the wholesale destruction in Man of Steel and the fears that this would me just more of the same, I think the movie did a good job of addressing the issue.  It wasn't just shrugged off and moved on from, there were lasting consequences that affected each of the characters and their motivations, good and bad alike.  It drove Clark to take his responsibilities seriously and realize his every action has an equal and opposite reaction; it may have pushed Bruce too far, but an over-reactive Batman shouldn't be anything new to people who have read DC Comics in the past 20 years; Holly Hunter's senator's motivations seemed realistically driven by a desire to protect the public good and a basic, understandable fear, etc.

On a related note, Henry Cavill's Clark showed some real growth, both as Superman and in his job at the Daily Planet, both driven by the same instinct to inform and protect.  Having grown up on 1980s post-Crisis Superman, I prefer the idea that it's Superman that's the disguise not Clark, and that the same values and responsibilities drive both of the major facets of his life.

I stand by my assertion that Ben Affleck was a stronger Batman than Christian Bale, particular as an older, at-it-for-20-years Batman.  He was strong and driven, and clearly the most clever guy in any given room.  As grim as he was, it was still kind of weirdly fun to watch him Batman around, particularly given the fight choreography.  And I was psyched that they finally put a more traditional Bat-costume on the big screen instead of the usual all-black body armor.  It looked great.

I realize it wasn't her movie, but Gal Gadot could have had a lot more screen time and I would have been happy because she owned every scene she was in, whether she was playing the part of mysterious international glamour woman or badass Amazon warrior.  I'm excited that she gets a whole movie to herself next year, though... the early footage we've seen looks amazing.

It's a shame that we didn't see more of the supporting cast, because they were excellent, particularly Amy Adams's Lois Lane, who we at least got to see do a little more shoe-leather reporting this time, play a part in the action, and show that maybe all this getting rescued by Superman does take a toll; Lawrence Fishburne's Perry White, who (although he never says it) plays the part of the "getting too old for this shit" guy pitch perfectly, and has a nice arc about the battle between what journalism is and what it could be), and most especially Jeremy Irons's Alfred, who could very easily have just echoed Michael Caine but went his own way and created a character who is still recognizably Alfred but very much his own man.

It wasn't so dark!  I mean, sure, the story was pretty grim & gritty, but it didn't look like it was all shot in a coal mine, so you could actually tell what color everyone's costumes were supposed to be this time around.  It was still more "Early Dusk of Justice" than "Dawn of Justice," but still, since film is a visual medium it's nice to be able to see things.

The Bad:
There's no avoiding it: it's just too busy.  The story is built on the framework of The Dark Knight Returns and The Death of Superman, but also elements of Batman: Year One and "What's So Funny About Truth, Justice, and the American Way" figure in hugely.  It has to set up Wonder Woman's movie, lay the groundwork for an eventual Affleck Batman movie, introduce characters and situations that will pay off in the JLA movie, drop some hints of things that I suspect will be picked up on in Suicide Squad this summer, and oh yeah, act as a sequel to Man of Steel.  By my count, that's nine movies' worth of material all rammed into one.  So, yeah, it's ambitious, and by my reckoning I technically got more than my money's worth, but still, it's way too much to do in the space of one movie, and stuff like plot points and especially characters get short shrifted.

On a related note, there are a few times the movie makes some logical leaps that probably should have been explained a little better.  There are assumptions that can be made, sure - Clark's identity was incredibly guessable at the end of Man of Steel, for instance, so someone of Lex's intellect and resources could put it all together pretty easily - but a line or two of explanation here and there wouldn't have hurt, especially since we go from Lex turning on Zod's ship's computer to him knowing the recipe for Doomsday pretty quickly.  It's weird that a nearly 3 hour movie can still feel like there's stuff left out (but I guess that's why there will be an even longer Blu-Ray release, I guess).

Too.  Many.  Dream sequences.  Just way too many dream sequences.  They always feel like lazy exposition dump devices.  Also, no one ever dreams that lucidly or logically.  And everyone has pants, which almost never happens in my dreams, but perhaps I've said too much.

It needed more Wonder Woman.  I know she didn't get title billing, and it's not like there wasn't enough else going on in all corners of the screen at every second, but seriously, Wonder Woman was awesome.  Her movie can't come soon enough.

It needed more Aquaman!  It's weird that he's getting so much merchandise for being on screen for like 5 seconds.  That's like practically a Star Wars cantina creature screen time-to-action figure ratio there.  If Arthur gets a figure, then where is convenience store cooler Flash (with screaming armor dream sequence variant) or weird Rubik's cube Cyborg?

That "and here's the rest of the nascent JLA" scene just kinda stops the whole thing dead for a few minutes.  It's weird to have a movie pause for coming attractions in the 3rd act.

The Ugly:
I really wanted to like Jesse Eisenberg's Lex Luthor, but I just couldn't.  I've enjoyed his performances in stuff like Zombieland and The Social Network, but here he just came off like he was imitating Michael Cera imitating Jim Carrey's version of the Riddler.  Lex needs gravitas, not awkward, manic energy.  It just didn't work for me at all. 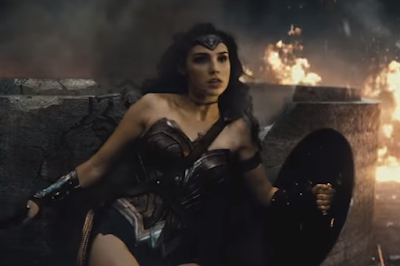 In the end, I think the people spewing the worst of the bile about it online are the people who have been doing so since the moment the project was announced, and they're continuing to make a conscious choice to hate on it.  I can see where it wouldn't be everyone's cuppa, and it is definitely flawed, but if you give it a fair shake I do think there's plenty in there to enjoy despite those very flaws.