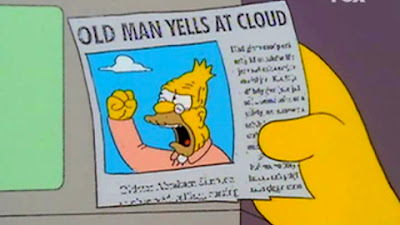 I have tried to write a post in reaction to the DC Rebirth announcement - or to be more accurate, a reaction to the reactions to the announcement - about a half-dozen times now.  It's been difficult, because I get why the people who are excited are excited and why the people who are mad are mad (though if I'm being completely honest my personal feelings sway more to the former than the latter), so I have a hard time elaborating my stance(s) on this.

So I've decided to stop elaborating, start simplifying, and attempt to do so in as positive manner as possible, which is this:

If you're excited, good for you.  Go buy comics you will hopefully enjoy, and have fun.

If you're angry, good for you.  Channel that anger into something positive.  Throw your vocal and (especially!) financial support behind the comics you will hopefully enjoy, and have fun.

Reductive?  Maybe, but it seems like a better use of of everyone's time and energy than yet another endless Twitter war.

(And if you recognized that the title of this post was taken from a Dweezil Zappa song, congratulations, you used to watch Nick Rocks: Video to Go, too.)