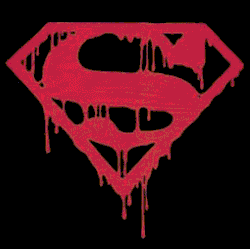 My social media feeds this morning are about a 50/50 split between people talking about the latest mass shootings and people debating the Batman vs. Superman trailer that was released last night.  It's hard for me not to see a correlation there.

(I'm not trying to trivialize the latest in a seemingly unending string of tragedies, mind you, that's just how my mind works.  Often to my chagrin.)

I agree with the excellent and brilliant Mr. Morrison, but I think the reality is that we can't dream anymore.  American society has a hard time relating to a character who is that selfless and heroic now because, frankly, we don't believe in heroes anymore.

Old heroes are often proven to be frauds at best, monsters at worst.

New heroes are torn apart by the people and the press mere seconds after they step forward.

Innocent people of all shapes, sizes, ages, colors, and creeds are killed at home and abroad every single day by acts of war and terror.

And no, I don't believe we're hearing more of these stories now just because they get ratings and page views, I think we're hearing more of them because they happen more.  It's a sad state of affairs.  I try to remain optimistic, to fight the cynicism I feel inside of me, but some days it just gets to be too much.  The dream continues to slip away.

My favorite professor, the late, great Welch Everman, used to tell his classes that pop culture was important because it says about us only and exactly what we want it to say about us.  If our pretend heroes seem less than heroic now, it's probably because we don't believe there are many real ones out there anymore, maybe even that we don't deserve them.

This looks like a job for Superman.  Too bad he isn't coming.
at December 03, 2015
Labels: comics, life, movies, Superman, the news, the world, tragedy