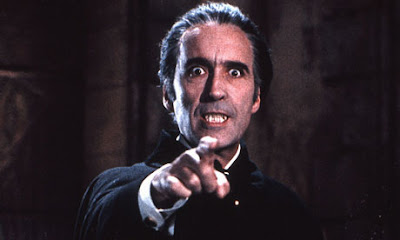 Any one of these would be career-defining roles for an actor. Sir Christopher Lee played 'em all, and so many more, in productions large and small, memorable and sometimes less so, over the course of a career that stretched about 70 years.

I first encountered him in the 1978 Disney movie Return from Witch Mountain, in which Lee and Bette Davis play a greedy pair intent on exploiting the powers of psionic twins Tony and Tia Malone.  He was a huge, looming, suitably evil presence - easy enough since he stood 6 foot 5 but had a bearing that made him seem 13 foot 180 - which was pretty much a constant throughout his career.  He was always interesting, but never more so than when he was playing the villain, and for my money, he may very well have been the best screen villain ever.  He'll be missed. 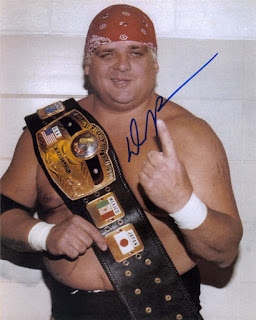 I was always more of a WWF/WWE fan growing up, so I never saw Dusty in action until he made the jump to WWF in the late 80s.  And though he rocked some questionable ring gear (his polka dot "common man" phase), he was instantly compelling and always entertaining.  Dusty had a long career both in the ring and behind the scenes, and "smart" circles is probably as famous (infamous?) as a booker (i.e., the guy who controls the storylines), his most famous contribution being the ending which bears his name, the "Dusty Finish," in which the face (good guy wrestler) appears to win a big match but then the decision is overturned due to some technicality like interference or referee shenanigans or something (if you've watched Raw for the past few years, you've seen this happen nearly every single week).

But to my mind, Dusty was never better than when he was on the mike.  I could attempt to describe a typical Dusty promo, but it's easier to let the man speak in his own words, and these are probably his most famous.  Dusty was always promoted as being the son of a plumber, a common man, a guy who, like the audience, knew hard times.  Ric Flair (arguably Dusty's greatest in-ring rival), on the other hand, well, Dusty had some thoughts on Ric Flair...


Dusty Rhodes was a true legend, an inspiration to fans and fellow wrestlers alike, and let's be honest, the man had one of the most fun-to-imitate voices of all time.