Haven't got any sketches of the new Batgirl look, but I have a few of an older persuasion that are worth sharing: 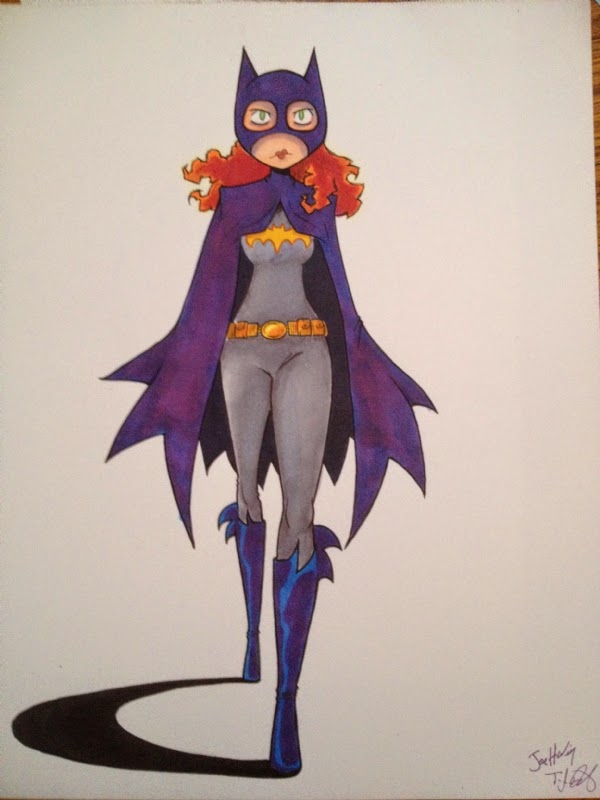 This version of Babs was drawn & colored by Joe Haley and TJ Dort, and I bought it from them at Rhode Island Comic Con 2012.  It was in their portfolio and it caught my eye from well across the aisle thanks to the colors, and I had to have it. 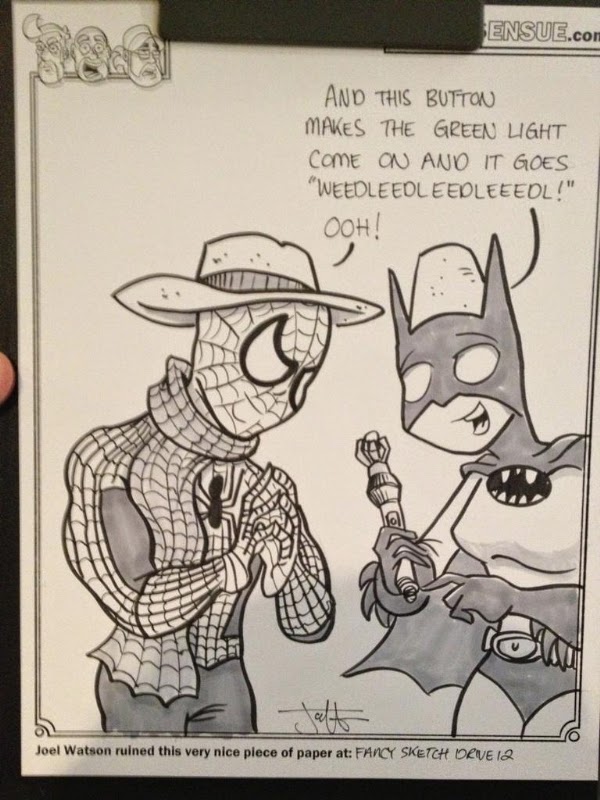 And this one, as you can see, was drawn by Joel Watson of Hijinks Ensue during his 2012 Fancy Sketch Drive.  He was drawing all sorts of weird requests then, so I figured Batgirl and Spider-Man geeking out over Doctor Who (which you know they totally would do) would be right up his alley.

Also, I don't go in so much for the shipping, but if I were the sort of person who did, these two might be my OTP despite all of the many creative and legal hurdles that would obviously prevent it, because come on, they'd be perfect for each other.  I can't be the only one who thinks that.  I mean, there has to be at least Tumblr dedicated to this very idea, right?
at July 14, 2014
Labels: Art, Batgirl, comics, DC, Marvel, Pretty Sketchy, Spider-Man