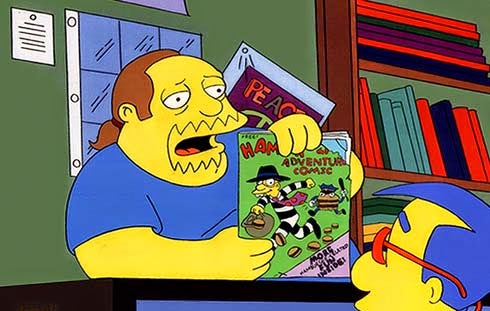 I love comics, but some days I truly hate comics fans. Today I read about Janelle Asselin’s recent harassment on Twitter, so it’s definitely one of those days.

In case you missed it, Asselin wrote a critique online about how she found the cover for the relaunch of Teen Titans #1 offensive because Wonder Girl, a 16-17 year old character, is depicted as having Playmate proportions. Folks on the internet – including at least one DC Comics staffer – didn’t like that, and discussed the matter with her in a calm, reasoned, open dialog.

Ha! Just kidding. What actually happened was people called her stupid, attacked her credentials, dropped the old “fake geek girl” meme, and threatened to rape her. Then they cried out about how their rights to expression where being infringed upon whenever anyone tried to point out how they were being terrible human beings. Because the internet.

Seriously. There are people in this world who will threaten people with sexual assault because they disagree with their opinions on comic book boobs. This is why the universe keeps lobbing asteroids at our planet, people.

Not every comic book fan (whether male, female, or those who identify non-binary) is like this, of course, nor are these sorts of overly entitled, persecution complex-possessing, mouth breathing Men’s Rights Activist types limited just to our particular tribe. But ours seem so much more exclusionary and desperate to maintain some misguided view of a hierarchy in which they maintain some sort of power, and even the slightest perceived threat to that tiny existence of theirs sends them into apoplectic fits. It’s tiresome. It’s loathsome. And most of all, it’s embarrassing.

Nerds of a certain stripe like to rail against the things in society that they feel are keeping them down. Jocks. Girls. Pop cultural depictions of nerdy types like Steve Urkel or the guys from The Big Bang Theory. Well, if you’re one of the people who falls into this particular group, I’m going to let you in on a little secret. Ledge Riprock, captain of your high school football team, isn’t the real problem. Sally Jenkins, the girl who laughed when you asked her to prom, isn’t the real problem. Sheldon, Leonard, Howard, and Raj aren’t the real problem.

You don’t get to complain about a lack of acceptance when you go out of your way to not accept anyone, set impossible barriers to keep them from entering “the club,” or threaten someone solely because their opinion differs from yours. You don’t want to let anyone into the kingdom? Fine. I can tell you with certainty that no one wants into your hateful, awful little kingdom anyway. Enjoy that palace you’re building around yourself; it’s going to be lonely.

RIP The Ultimate Warrior (or, "THERE IS NO PLACE TO RUN! ALL THE FUSES IN THE EXIT SIGNS HAVE BEEN BURNT OUT!")

The death of Warrior, (a.k.a. the Ultimate Warrior; f.k.a. Jim Hellwig) hit me a lot harder than I would have expected, because I was never his biggest fan.  Don't get me wrong, he was fun and memorable as can be.  Even if he wasn't the best wrestler around, he famously brought a lot of energy to the ring and was entertaining as hell on the mike; his promos are deservedly the stuff of legend:


But, well, I held a grudge.  Back in the early 90s, in the midst of his famous feud with Undertaker, the two were set to headline a house show in my hometown of Bangor, Maine, and though Undertaker showed up, Ultimate Warrior didn't.  He ended up being replaced on the card by Roddy Piper, who put on a hell of a body bag match with 'Taker (Piper ended up filling in for a lot of bigger name talent who wouldn't show up for house shows in Bangor at that time, which is one of the main reasons I'm a huge fan of the man to this day).  Not long after that, Warrior would be gone from the WWF WWE (mustn't invoke the wrath of the pandas by referring to the company's old name).  He'd bounce back into the employ of Vince McMahon a few times, of course, but just a few years later he'd be gone for good.

At time I thought "good riddance".  But back then I was a young, disappointed wrestling fan who didn't know a lot about the behind the scenes aspects of the wrestling business, so I had no idea about the professional or personal turmoils he was going through at the time.

So flash forward to the weekend of WrestleMania XXX and the Hall of Fame ceremony, and here's a guy on stage who has both hurt and been hurt, forgiving people who had slighted him, earning the forgiveness of people he had slighted, and reveling in his legacy with his wife and young daughters.  And deservedly so, I say.  It was a wonderful moment.  Warrior didn't just bury the hatchet with the likes of Hulk Hogan, Jake Roberts, and Vince McMahon that night, but he did it with me, too.  He certainly didn't know it, but he gave the impression that he probably would have cared if he did.  And then to see him back in character on Raw was fantastic... even if he wasn't as big or as fast anymore, he was the Ultimate Warrior again, and I was back to being 12 years old for a few minutes.

So losing him the very next day... that was just unfair.  But at least the past could be put to rest at last.

Thanks for entertaining me, Warrior.  My condolences go out to his family, his friends, and all of his fans, my fellow warriors. 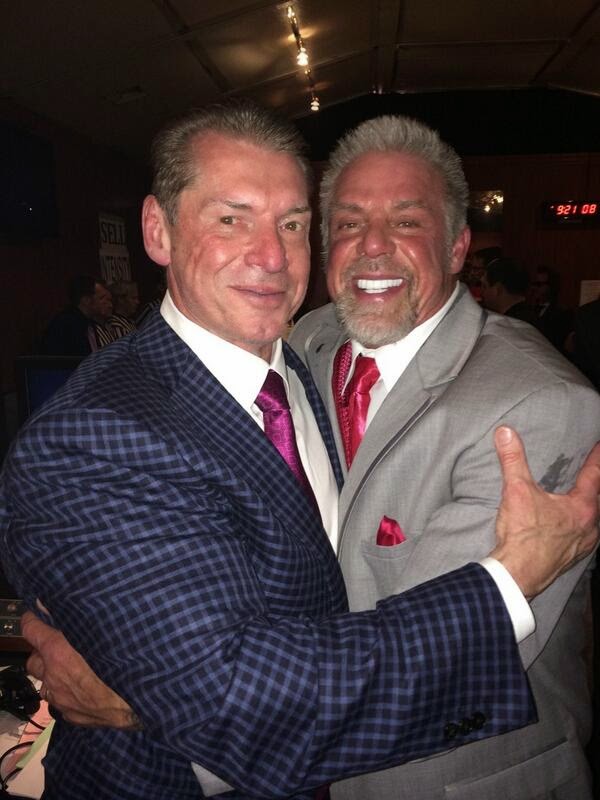