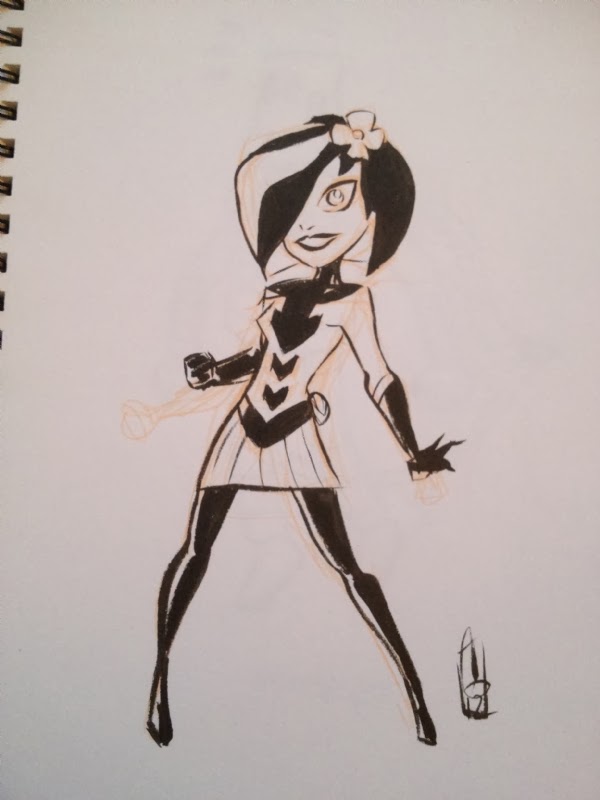 The gothy, perky, prone-to-snorting-when-she-laughs, cute as a freakin' button version of Shrinking Violet from the CW's too-short-lived Legion of Super-Heroes cartoon (just two seasons, 2006-2008), as rendered in my sketchbook for me by Chris Gugliotti at Rhode Island Comic Con 2012.  Chris was a super nice guy and a hell of an artist, so you should check out his website at the link above and consider throwing some money his way via the inter-ma-nets or at a con.  Thanks, Chris!
at February 15, 2014
Labels: Bill is crush prone, comics, Legion, Pretty Sketchy, Shrinking Violet
Newer Post Older Post Home