The Trusty Plinko Stick Guide to Classic Doctor Who Part 2

Carrying on from the first post (in which I cover the first two Doctors and suggest that the best starting point for the newbie crowd is actually the 20th anniversary story "The Five Doctors"), here are more recommendations for folks who want to check out the original Doctor Who series.  Some of these stories are quite good, some are bad-but-enjoyable, and some might even be just plain bad (but still important to the overall series for one reason or another), but these are my suggestions.  And they are just that: suggestions.  Feel free to follow or ignore them as you like, and if you classic series Whovians out there feel there's anything I've left out or woefully misjudged, please let me know in the comments.

Anyway, bust out your frilled shirts, cravats, plaid cloaks, Venusian aikido manual, and the keys to your favorite yellow roadster as we continue with... 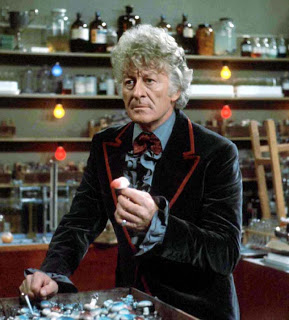 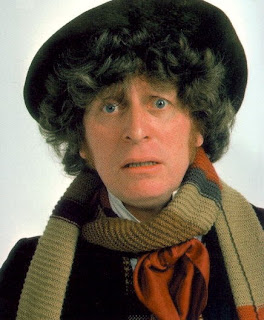 4th Doctor – Tom Baker
Baker played the Doctor for 7 years, and in the eyes of many people he is the Doctor to this day, so there’s a lot to pick from with him.  Still, I think I managed to keep this list fairly manageable.
And that will wrap it up for part 2.  Next time: cricket, indecision, garishness, the Worst Costume in Television History, a producer more interested in flashiness than story, a script editor who doesn't like the main character and constantly tries to sideline him in favor of leather-clad mercenaries, and performances that somehow manage to overcome all of that.
at September 02, 2013 No comments:
Labels: Doctor Who, Guide to Classic Doctor Who, TV
Newer Posts Older Posts Home
Subscribe to: Posts (Atom)