The past is fading away faster than my ability to keep up with it (RIP Roger Ebert, Carmine Infantino, Annette Funicello) 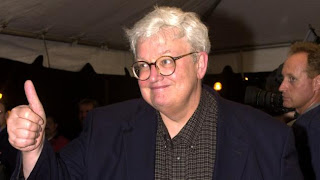 Roger Ebert was one of the first people (along with his former co-host and Gene Siskel) who ever taught me to look at entertainment with a critical eye, and that the ideas of "art" and "mass appeal" (however those can be defined) did not have to be mutually exclusive.  The man certainly appreciated and championed a great number of sophisticated, so-called "high brow" films, but he also clearly enjoyed his share of big spectacle popcorn flicks, too.  If the film was well-made, thoughtful, had something to say, and said it smartly, there was room for it in the Ebert pantheon no matter the intended audience.

I didn't always agree with Roger Ebert's opinions, but I always found them well-defined and argued with passion.  More than just a great film critic, he was a brilliant writer. 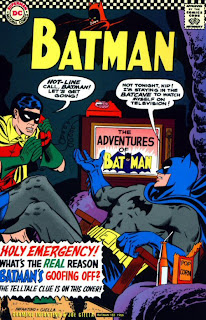 Pretty sure I first encountered Carmine Infantino's artwork in the pages of Marvel's Star Wars comic, and if I'm being honest, I wasn't much of a fan at the time.  Sure, I knew who everyone was supposed to be, but everybody looked just off-model enough that it all looked kinda weird.  Later on, though, I began to discover his DC work, at first through his return to The Flash in the marathon-length trial story, and then through reprints of his Silver Age work on the character, and on Batman as well.  The cover above, for instance, is one of my favorites of that entire era.  The bizarre scenario, the cover asking the reader to solve the mystery, the tie-in to the then-current Batmania craze, the go-go checks... yeah, that's just about perfect.  The man had an incredible eye for design (just look at Flash's Rogues Gallery!) and in an industry known for people often aping others' styles, Infantino's work always had a unique quality that identified it as purely and entirely his own.

Annette Funicello was a piece of living Americana thanks to The Mickey Mouse Club and the Beach Party movies, maybe more so than a lot of other similarly iconic mid-20th century media figures since not only was she known for two such different franchises (similarly benign though they were), but, well, she just seemed so darn nice, too.  But, again, if I'm being honest, before I knew her for any of those things, I knew her as the Skippy peanut butter pitchwoman.  I ate a lot of peanut butter as a kid (um, yeah... as a kid), and often Skippy.  Because, well, she just seemed so darn nice, you know?

The above clip is obviously not a peanut butter commercial, but the opening song to one of Disney's Merlin Jones movies with Tommy Kirk, The Monkey's Uncle.  It's one of my favorite songs from any Disney film ever, live or animated, and it's one of my very favorite Beach Boys songs, too.  Annette's a huge factor in both of those decisions.
at April 08, 2013