I remembered the other day that, after the reception Joseph Gordon-Levitt's character got from audiences in the wake of The Dark Knight Rises, DC was interested in adding  John Blake to the Batman comics.

And, well, it looks like there's probably a job opening up in Gotham pretty soon. 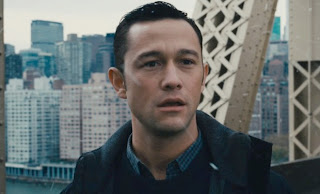 I have no evidence to back this up of course, and as Siskoid pointed out in the comments the other day, some folks think it might actually open up the possibilities of bringing Steph Brown or Cassie Cain into the New 52 at last.  Now that I'd actually prefer (not that I'm opposed to seeing Blake come into the comics, either, as he was one of the few things I really liked about that movie), but I'm not going to hold my breath.
at March 03, 2013
Labels: Batman, comics, Robin