As I mentioned in Wednesday's Pretty Sketchy post, I went to Boston Comic Con last weekend.  I've been wanting to go for a few years now, but every year something always managed to conflict.  This year was wide open for me, though, so I was finally able to attend, and while I've missed getting to watch it grow, it was still impressive to see that it has become a pretty big show.  Not New York or San Diego big, mind you, but a lot bigger than I was expecting.  And since I was only able to go on Saturday, it was pretty crowded, too.  And I had my son with me, who tends to tire out early on.  But we still managed to get a good two hours in before he descended into a full whine, and considering his previous record at one of these was maybe 30 minutes, I'm taking the win.  So we didn't get to see everything, but we saw quite a bit and enjoyed what we did.  Here are some highlights:

The line ahead of us to get in: 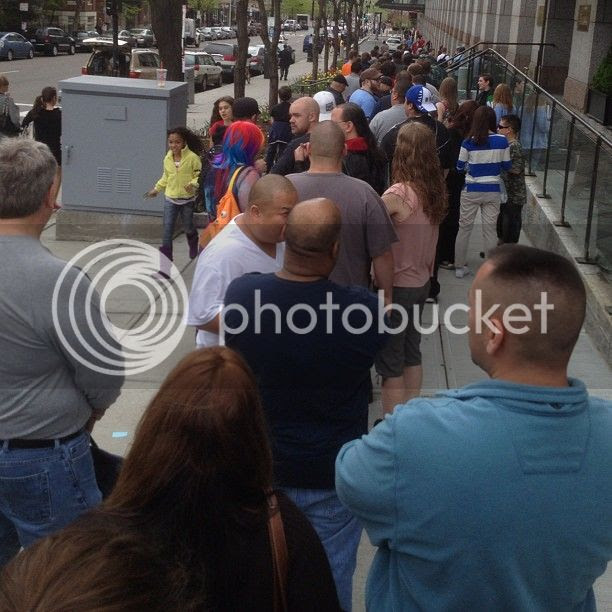 And behind (which wrapped quite a ways around the building!): 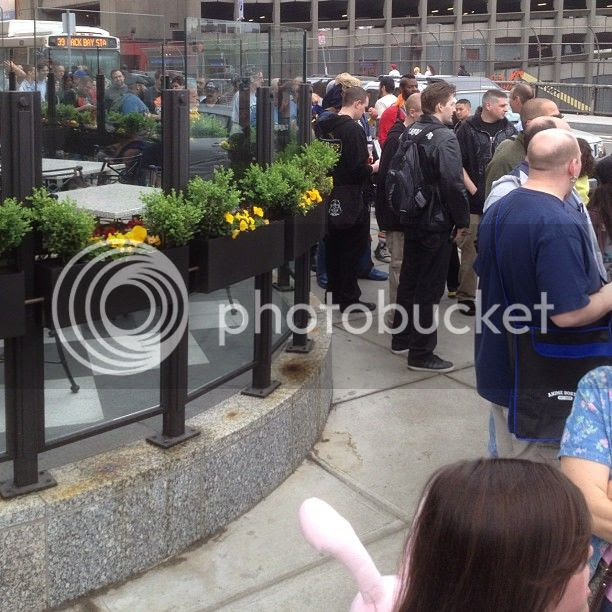 Captain the Kiddo waits in line: 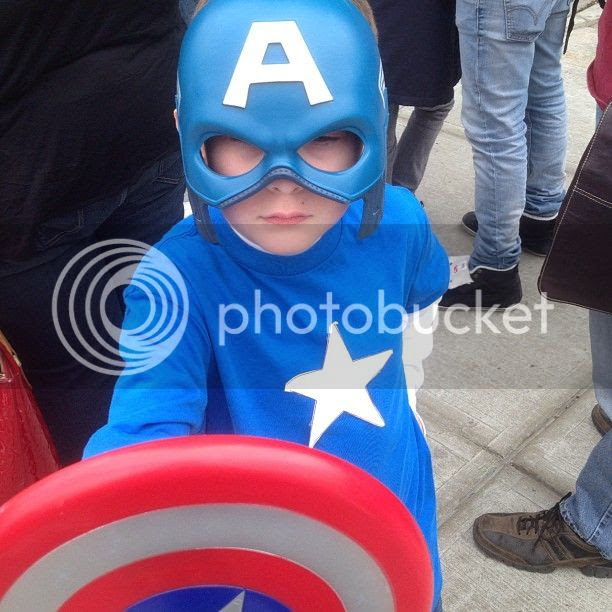 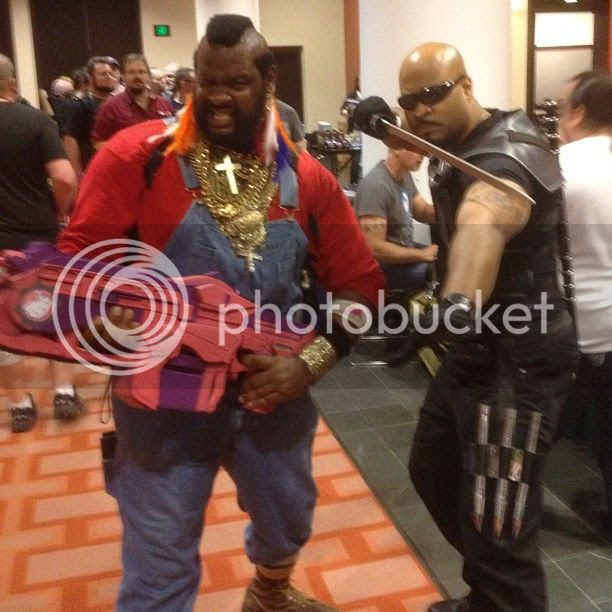 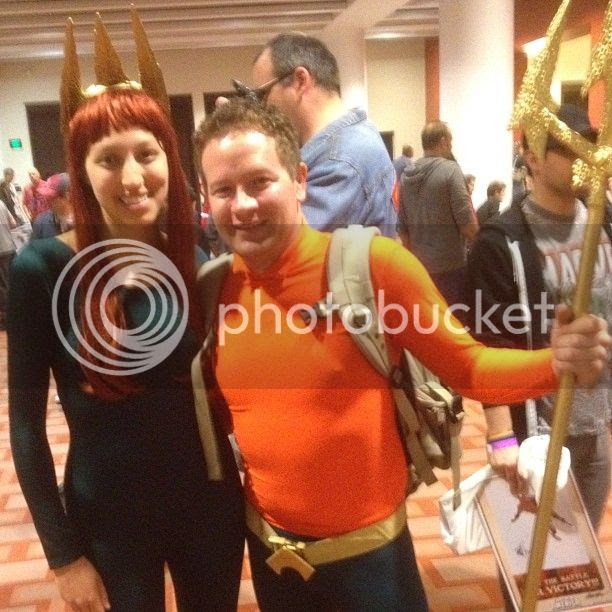 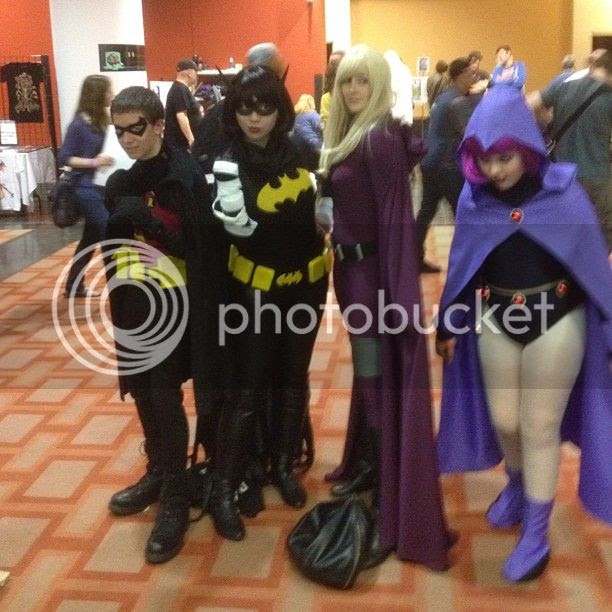 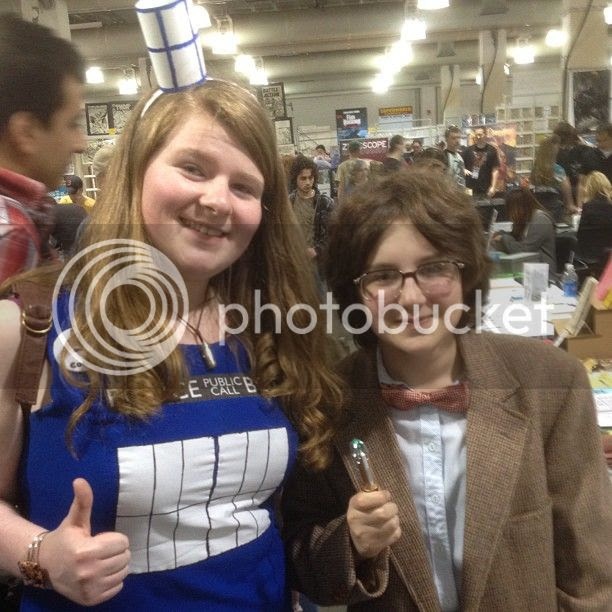 Another 11th Doctor and Carl Sagan (had to shake that guy's hand): 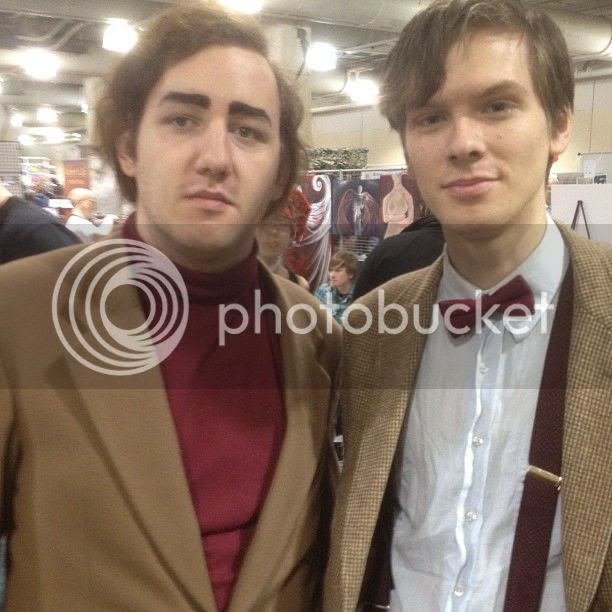 The awesomely friendly and talented Stephanie Buscema (from whom I bought this awesome Batgirl print): 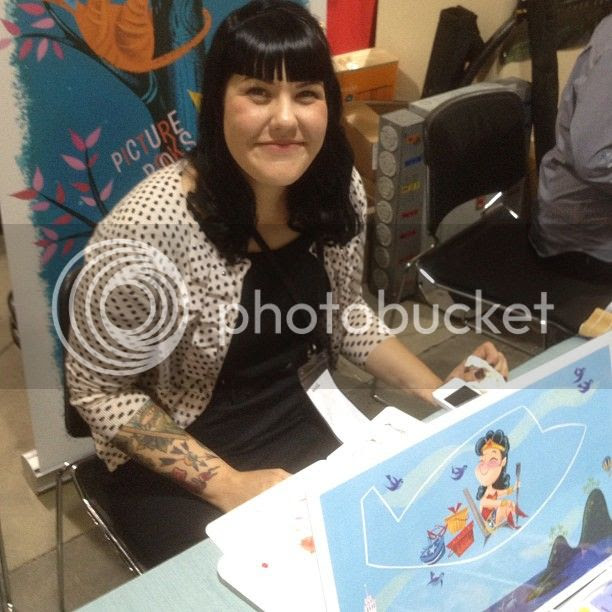 Katie Cook, from whom we bought 4 different mini-paintings (so yes, more Pretty Sketchy posts to come there): 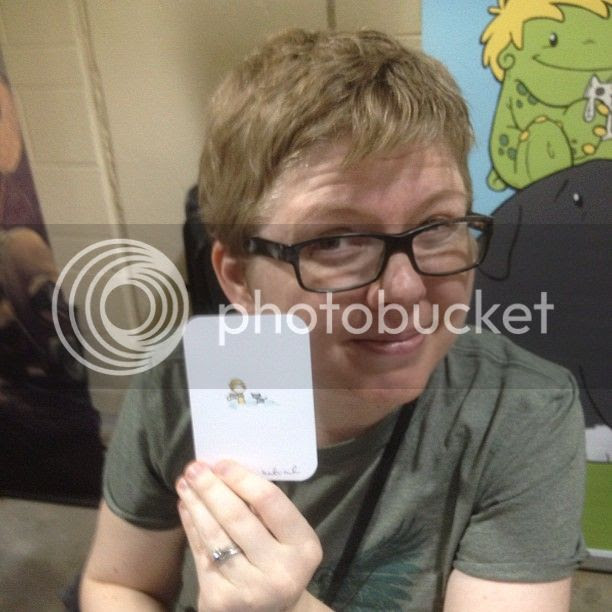 Our swag for the day: 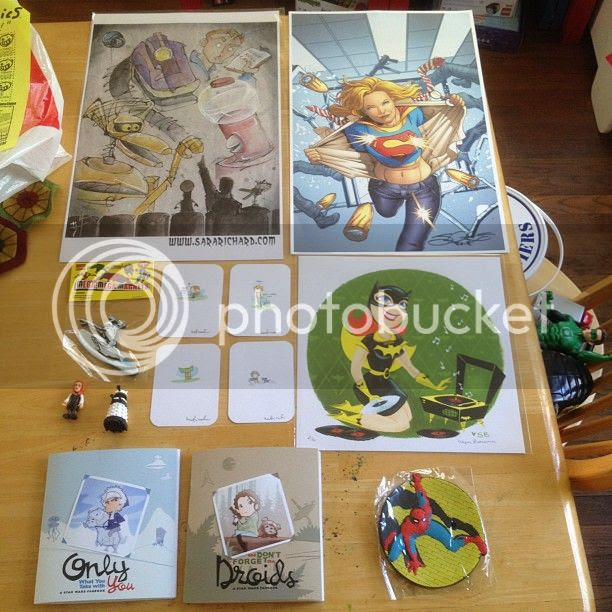 Wish I could've gotten more pictures, but the opportunities weren't always there.  But a lot of great things to see - Ghostbusters, 501st Legion folk, awesome artwork and displays, and a lot more really great cosplay than I was honestly expecting.  Nose around the con's Facebook page and check it out.  A lot of people really did themselves up well.

In all, a good show, and I'm looking forward to going back next year.  And it looks like Rhode Island will finally be getting a con of its own come November, which is also pretty exciting.  Are there too many now?  Maybe, but so long as we start getting a few more within a reasonable travel distance, I'm perfectly okay with that.

Pretty Sketchy: Sometimes even the fish give Aquaman crap. 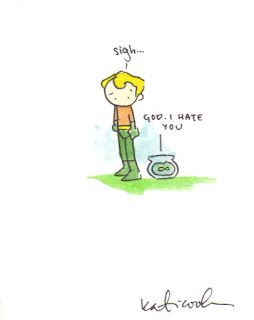 The 8th issue of DC's excellent new Aquaman series by Geoff Johns and Ivan Reis came out today, so what better time to share this Katie Cook watercolor mini-painting I picked up at this past weekend's excellent (if crowded) Boston Comic Con?
at April 25, 2012 1 comment:
Labels: Aquaman, comics, DC, Katie Cook, Pretty Sketchy 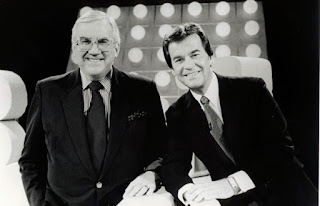 If I'm being completely honest, I associate Dick Clark more with TV's Bloopers and Practical Jokes and the Pyramids of varying denominations more than I do with American Bandstand.  I'm not ignorant of AB, nor of its legendary place in American pop culture, but I was never really into dance shows or Top 40.  But regardless of all that, Dick Clark was a true American cultural icon for decades, and one I always enjoyed watching no matter what particular cathode rays he happened to be riding into my den.  A heartfelt R.I.P. to the man who will always be America's oldest teenager, and a guy who was never afraid to let his dipthong dip in public.

I was looking through the "40 Years of the Amazing Spider-Man" CD-ROM set tonight and was reading one of my favorite early issues of the Stan Lee / Steve Ditko run, issue #12, cover dated May 1964, "Unmasked by Dr. Octopus!," when I noticed this letter in the back: 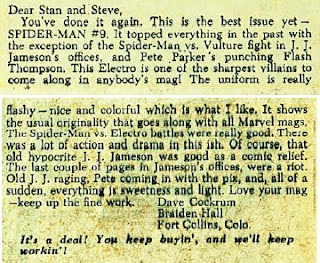 Well, it seems Mr. Dave Cockrum of Fort Collins, Colorado, had an eye for snappy comic book costume design from a young age!  Kinda hard not to see the influence of Ditko's designs for Electro, Spidey, and others in Cockrum's later Legion of Super-Heroes and X-Men work, now that I think about it.