The Shambling Un-Alive: Why I Think I Don't Appreciate The Walking Dead 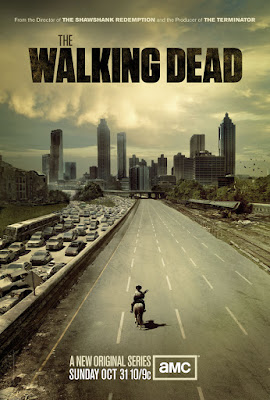 Try as I might, I just cannot get into The Walking Dead. Now, this isn't hate for hate's sake. It's not even really hate. It's not me trying to be ironic or hip or cool or anything, either, because if history has taught me anything, it's that I'm not cool and, to paraphrase Zaphod Beeblebrox, so unhip it's a wonder my bum doesn't fall off. The fact that I just paraphrased Zaphod Beeblebrox should prove my point pretty well on that score. But I digress.

Anyway, I do think The Walking Dead is a well-made show. Effects are great, performances are fine, and they do claustrophobic tension really well, so I can see why so many people are eating this up... um, so to speak. It's just not grabbing me, though. And I gave it plenty of chances... I watched the entire first season, and since my wife still watches, I do see bits and pieces of it when I get home on Sunday nights. But it's just Not For Me.

I've spent a lot of time trying to figure out why this is such televisual crack to so many people but not me. At first I thought it was because I wasn't much of a horror fan to begin with, and that I also didn't care much for the comic book. And then I figured it was just too bleak for me... I've never cared much for post-apocalyptic survival fiction in any form, after all. Hell, that's why I like superheroes so much... I want to see triumph over seemingly unbeatable odds. Brightest day eventually following blackest night and all that.

But a week or two back, it finally dawned on me: I don't like a single one of the characters. I'm fine with the actors, I think they play their parts well. And the writing itself is decent, if a bit heavy on the melodrama and shock-value-as-plot. But those characters, there's not a one of them I'm rooting for, and in fact, really wouldn't mind seeing them get eaten. Especially the son of Sheriff Love Actually Guy. Look kid, when someone tells you to go stay in the house, STAY IN THE DAMN HOUSE, alright? If the future of humanity rests in this group of people, well, I'm throwing in with Team Zombie. I suspect if the show were actually about the zombies trying to eat this group of people every week, I'd be a much bigger fan. 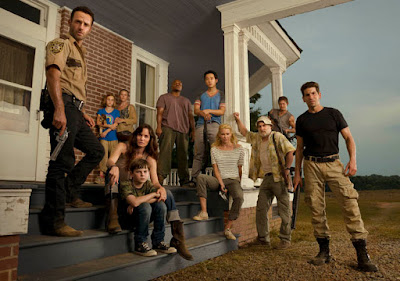 Now Game of Thrones, on the other hand, that can't start up again soon enough. Bring on Peter Dinklage and his reminders that his family stays current on their financial obligations!
at March 18, 2012
Labels: The Walking Dead, TV