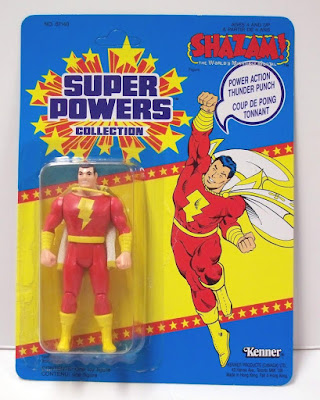 So the word from DC is that Captain Marvel will no longer be called Captain Marvel but, instead, Shazam, because (sayeth Geoff Johns) "everybody thinks he's Shazam already, outside of comics" (and because they can finally nail down that trademark lock, stock, and barrel without having to constantly answer the question "Why can't they just call the book Captain Marvel?").

Do I think it's lame? Yeah, I do. But given that every single comic book or piece of related merchandise since 1973 has had SHAZAM in large, friendly letters on the cover with only the barest mention of the name Captain Marvel (if at all), I'm actually kind of surprised it took them this long to finally do it.

But, nomenclature aside, this is still my favorite superhero ever we're talking about here, and so long as the stories are good, I don't really care what they call him. And I'm legitimately curious to see if Shazam will still be Billy's magic word (but why wouldn't it be?), if that means he'll have a really hard time introducing himself to people, and what this means for the possibilities of seeing Freddy and Mary this go-round (Freddy especially, since not being able to say his own superhero name was always his burden).

Besides, a name change is probably the least damaging thing DC has done to the Big Red Cheese in the last 10 years. We should count our blessings.

(Of course, now I worry people are going to go around asking if Shazam is the superhero with the power to identify any song, but we'll worry about that when and if that actually happens.)
at January 31, 2012
Labels: Captain Marvel, Shazam