We want information. Information! INFORMATION! And maybe something we can dance to. 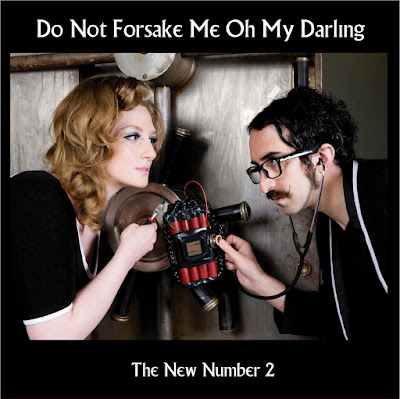 Some days it pays to open your email. Today, that's how I discovered Do Not Forsake Me Oh My Darling, a Boston-based duo that describes itself as "moody, minimalist, art-rock with a passion for The Prisoner." The group has put out 2 EPs of songs based on/inspired by episodes of The Prisoner, with a third planned to finish off the series.

And that would be cool enough as it is - I love how music steeped in nerd culture has evolved past the convention circuit and Dr. Demento (not that there's anything wrong with either) and into the realm of elaborate artistic endeavor - but these two kicked it up a dozen or so notches more with the video for their song "Arrival," which happens to be a shot-for-shot homage to the opening of the original Prisoner episode of the same name, using Boston and other New England area landmarks as substitutes for the England and Wales locations used in the show.

And should you want to see how well they matched up with the original, there's a picture-in-picture comparison version, too.

And yeah, the song itself is pretty rad, too. I definitely need to hear more from these people. Check out their site for more information, as well as streaming or purchasing the first two EPs, The New Number Two and Questions Are A Burden To Others.