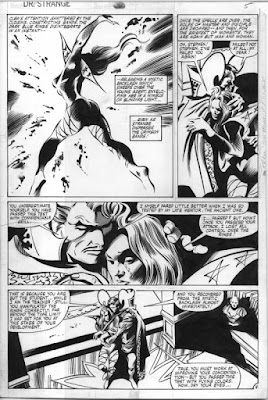 All the various comics news sites are reporting that Gene Colan has died.

To be honest, when I was a kid I wasn't the biggest fan of Gene's art. It was darker and moodier than the more traditionally "comic booky" art styles I gravitated toward, and I always thought the coloring looked weird.

Then, earlier in the decade, I happened across the first Essential Tomb of Dracula volume and saw Colan's artwork in black and white, and it was like seeing it for the first time all over again. Everything I disliked about his work as a kid I found that I loved now. Black and white was the key. Turns out I just wasn't a fan of his colorists (though I've grown to like his stuff in color since).

Anyway, I never got to meet the man, but I'm sad he's gone. He leaves behind an amazing legacy of artwork, and from everything I've ever heard, he was supposed to be one of the nicest guys around. His 2005 interview with the Comic Geek Speak podcast sure came off that way.