Have you seen Dean Trippe's sadly rejected proposal for a series of YA novels starring a young Lois Lane? 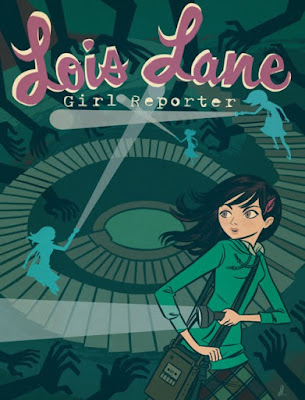 The idea sounds dynamite, but the DC Powers That Be, seemingly hellbent on forever missing out on that tween girl demographic, disagreed.

In 1969, Jim Henson teamed up with Johnny Hart to try and get a TV version of Hart's comic strip The Wizard of Id off the ground. It never did, but the test footage featuring the King, the Wizard, and Spook is fun to see:

io9 presents 10 Things You Probably Didn't Know About Doctor Who, some of which I actually did, but it was still interesting reading all the same.

On a related note, here's a pretty thorough rundown of the plot of Doctor Who Meets Scratchman, a Who movie Tom Baker and Ian Marter tried to get made in the 70s. SPOILER: they didn't. Too bad, too, because it sounds like it would've been fun. Damn odd, but fun.

The comedy podcast Playing in Peoria went to C2E2 last weekend, and all they got was one of the best con videos ever. (via Comics Alliance)

C2E2 Dance Party 2011 from Playing in Peoria on Vimeo.

Speaking of C2E2, here's the recording for the reunion panel of the cast of ABC Family's excellent though sadly short-lived The Middleman.
at March 24, 2011
Labels: cons, DC, Doctor Who, links, Lois Lane, Muppets, newspaper strips, Superman, The Middleman