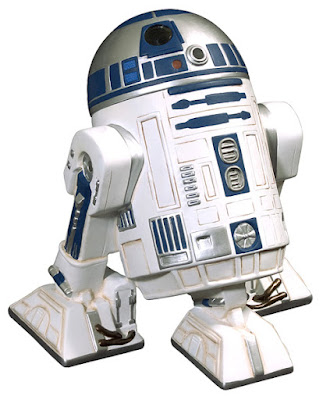 When it comes right down to it, I think we could use an R2D2 in our lives. For one thing, the little guy can fix anything, even when literally under fire, and speaking as the sort of guy whose own fix-it technique involves the judicious applications of duct tape, super glue, and physical violence, that's reason enough. But R2 has a lot of other fine qualities going for him, too. He's loyal, brave, cool in high-pressure situations, and I bet if you asked, he'd even go get you a beer. 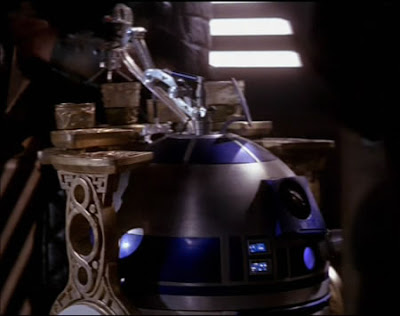 He has his faults, sure. There's the obvious language barrier, though he can get his point across if he needs to thanks to the timing and inflection of his beeps (besides, C3PO does nothing but talk, and look often that got him into trouble, or shut down, or blown to pieces). He has a nose (wait... maybe a sensor?) for trouble that has on several occasions, and on at least one literal one, gotten him in over his head (luckily that swamp monster on Dagobah didn't like the taste of him). He's a little impulsive, and will roll off his own into the desert night without really thinking it through, Sand People or not. And he has the knack for picking up the weirdest human habits.

But all that aside, R2 seems like the kind of droid you not only need in your life, but would probably choose to share a life with, too. Lucasfilm's own Bonnie Burton certainly thought so, and married him in front of the Force, two Sith lords, an America's Next Top Model winner, and fandom assembled at Star Wars Celebration V last year. 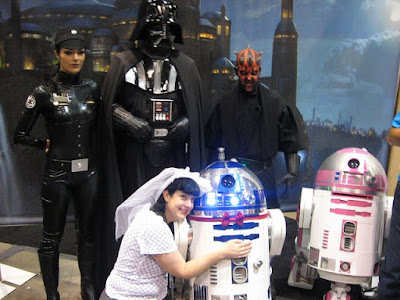 And you know, who can blame her? For a little guy often physically compared to a rolling trash can, he's kind of a catch.
at February 11, 2011
Labels: Friday Favorites, R2D2, Star Wars