So there's that new network co-owned by Discovery and Hasbro called The Hub, set up to replace Discovery Kids. Most of the programming is either learny-type edutainment of the sort that Discovery Kids aired (Tutenstein, Kenny the Shark), stuff based on Hasbro properties (GI Joe, Transformers, various board games incorporated into a game show called Family Game Night), or family friendly 80s reruns (Family Ties, Doogie Howser, Wonder Years) but none of that matters. 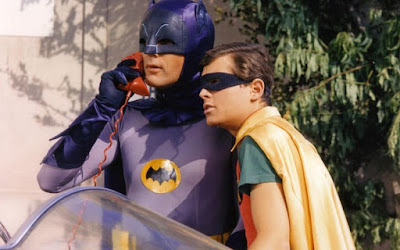 If the Powers That Be are going to continue to stand in the way of this show coming out on DVD, then the least someone can do is make sure it's always on the air somewhere. Thank you, The Hub. You've just justified your entire existence to me.
at October 14, 2010
Labels: Batman, TV
Newer Post Older Post Home