Pretty Sketchy: Such a Sub. 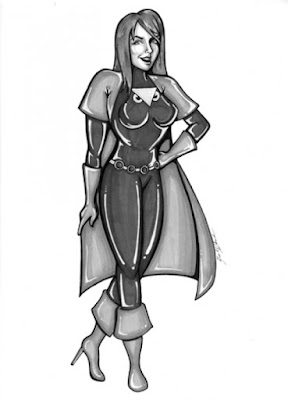 It's Night Girl, one of the few members of the Legion of Substitute Heroes to actually have a pretty useful power (she was super strong in the dark... decades later, someone finally had the sense to team her up with Shadow Lass), as rendered, I think appropriately enough, in greyscale by Stephanie Gabborin of Angry Gnome Comics. Thanks, Stephanie!
at October 12, 2010
Labels: comics, DC, Legion, Pretty Sketchy
Newer Post Older Post Home