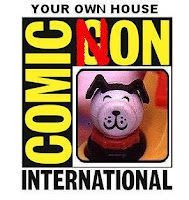 I'm such a fanboy for Doctor Who that I legitimately have a hard time deciding which Doctor is my favorite. Sure, I can come out and give you a name if you ask, but I can guarantee that whomever I name isn't necessarily my very favorite, but instead the one I dig the most in that particular moment. I think I can maybe narrow it down to a group of 3 on the Favorite Plateau, though, and they're forever locked in combat to see who will be the ultimate victor. I can, however, tell you with some certainty that Patrick Troughton is on that plateau. 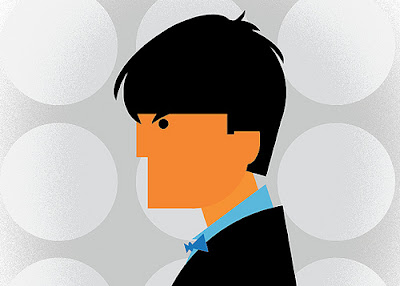 (Troughton image by Brandon Schaefer, whose amazing Flickr stream is something you should really be checking out often. Get on that. Right now. I'm serious.)
Though I've always hated the "Chaplin-esque cosmic hobo" description of this incarnation of the Doctor, the character himself has appealed to me ever since I saw him for the first time in The Five Doctors when I was a kid. Alternately childlike and world-weary, innocent and deadly serious, your staunchest ally and someone you did not want to cross, he instantly became the quintessential depiction of the Doctor in my eyes, and very obviously in the eyes of just about everyone that followed him in the TARDIS, too. William Hartnell originated the role, of course, but I think it's fair to argue that Troughton defined it.

So, of course, it was a crushing disappointment to discover that so few of his stories remained intact. Stupid BBC. Still, thanks to VHS, DVD, and audio releases, as well as the wonderful world of the bootleg, over time it became easier to experience what still did exist, however incomplete it may be, and sure enough, Troughton was always a lot of fun. Even when the stories themselves are not. I mean, honestly, how many bases are there to siege, anyway, and how did he manage to find EVERY SINGLE ONE?

But I digress. Here are a few of my favorite Troughton moments:

A trailer for The Web of Fear, reconstructed using animation and the audio track:
Messing up Jamie in The Mind Robber:
Sharing a sweet moment with Victoria in The Tomb of the Cybermen:
Jamie and Zoe's sad goodbye in The War Games: 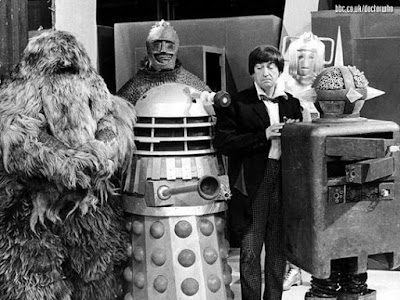