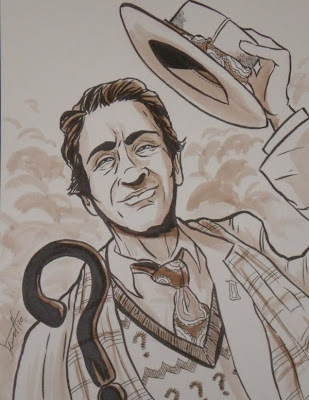 Sylvester McCoy's incarnation of the Doctor, as drawn for me by Andy Jewett at Comic Geek Speak Super Show 2010. For someone who said he was unfamiliar with Doctor Who, I think Andy did a hell of a job. Go check out his site, and if you should see him at a con, pick up some of his comics, especially In This Corner and Sicko. He's a nice guy and worthy of your comic book dollars.
at June 08, 2010
Labels: Doctor Who, Pretty Sketchy