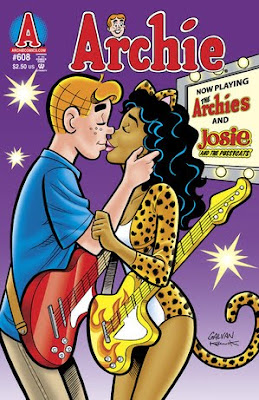 I've been making a real effort to get through my Leaning Tower of To-Read Books, so this edition contains even shorter than usual short (and maybe SPOILERY) reactions to recently read (though not necessarily recently published) books.

Stuff I paid for:

Phonogram: Rue Britannia - Music-as-magic, and the identity that can create for a person, is a brilliant high concept, so much so that I didn't mind that I knew less than half of the bands namedropped throughout. I've got some homework to do, which I march off to gladly.

Green Lantern: Sinestro Corps War Vol. 2 - Satisfying if predictable conclusion to the giant space war story, though it's not really an ending so much as a trailing off into coming events. Johns oversells Sodam Yat like Vince McMahon trying to give a big new guy a monster heel push, though. Alan Moore creating the name wasn't enough to make me care.

Billy Batson and the Magic of Shazam #15 - I'm going to keep mentioning it until you people buy it. Which you should, as it's getting really, really good. Ignore the Johnny DC label, this isn't just for kids, this is for everybody.

Firestar #1 - Sean McKeever does well with the story, and Emma Rios's art is fantastic, and I'm curious to see how McKeever uses her in Young Allies, but if you're mostly familiar with cartoon Firestar, comic book Firestar's life is a huge downer.

The Last Days of American Crime #1 - Down and dirty crime noir with a light sci-fi twist (in short, the government is about to enact a way to make the title of the book a reality). Not much new beyond that, but the characters are interesting and the art by Greg Tocchini is gorgeous. Worth it if you like this sort of thing.

Batman: The Brave and the Bold #16 - Batman and Wonder Woman fight Egg Fu and Egghead. Yes, the Vincent Price character from the TV series. Worth it for that alone.

The Brave and the Bold #33 - I hear that some folks didn't like this - not sure if it's because it ties into a story they don't like, or because they view the writer of that original story as sacred and untouchable - but I thought it was a mostly good "super heroes enjoying downtime like real people" story, gorgeously drawn by Cliff Chiang.

The Flash #1 - I don't know if Johns succeeds in making Barry Allen himself any more interesting than he ever was in the past (which was mostly not at all), but I like the "CSI/Cold Case with powers" angle he seems to be going for, and Francis Manapul's art is great.

Archie #608 - It's a "The Archies meet Josie and the Pussycats" story, so you get exactly what you're expecting (and exactly what the cover promises), but it's pleasingly divering, and Dan Parent is my favorite Archie artist since Dan DeCarlo, so that's nice. Funny, though... I can read an Archie book without hearing their (awful) Filmation cartoon voices in my head, but I can't read Josie's crew without hearing their (much better) Hanna-Barbera counterparts.

Jughead #200 - Clever story story by Robot Chicken's Tom Root in which Jughead is offered the burger of his dreams by a witch in exchange for his most valued possession: his metabolism. Antics ensue. Genuinely funny stuff.

Fraggle Rock #1 - Captures the look, feel, and most importantly, voice of the original show as well as Langridge's Muppet Show book does, which is impressive, but I generally expect good things from Arcadia. I enjoyed the artwork of Katie Cook the best, but Jeffrey Brown's story was my overall favorite... clever concept, and bonus points for including Cotterpin.

War of the Supermen #0 - Makes me glad I've been ignoring the New Krypton stuff. Wake me when this is over and Paul Cornell gets to write real Superman stories.

Archie's Summer Splash - Another story about the Archies, this time dealing with Cheryl Blossom starting a rival group. More Dan Parent, so it's got that going for it.

Fraggle Rock / Mouse Guard - The Fraggles look and sound right, and Mouse Guard gives you a nice update of their world's status two miniseries in without being an outright info dump.

Iron Man / Thor - Talky, and a bit silly, but I like the way Fraction writes Tony, so I was okay with it.

Iron Man / Nova - Alright, but not as awesome as a Paul Tobin-written story with Iron Man and Nova fighting the Red Ghost and his Super Apes should have been.

Irredeemable / Incorruptible - I think if BOOM! had given us just one or the other, I might not have liked it as well, but getting a look at both sides of this world in the same book managed to sell me on the whole concept better.

Library of American Comics - Classic strip reprints. You already know if you're audience or not. That being said, I got a kick out seeing those flapper-era Blondies. I've always heard that's how it started, but I've never actually seen any of it for myself, and it's easy to forget it had a life before "gentle family comedy."
at May 10, 2010
Labels: Archie, Batman, Better Late Than Never Reviews, Captain Marvel, DC, Green Lantern, Image, Marvel, Superman, Wonder Woman