My weekend in the (Death Star) trenches.

Without ever meaning to, I spent most of my weekend thoroughly ensconced in Star Wars fandom. A convergence of events driven by the Force? A giant coincidence? The sort of thing you're likely to do when you're a big ol' nerd?

My money's on option #3. Anyway, first I finally got around to reading this: 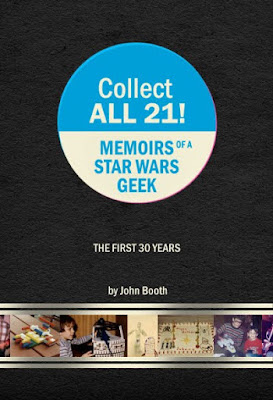 which the Inter-Library Loan person at work was able to find for me after I saw Rather Childish talk about it over on his Star Wars toy photo blog. It's a short collection of essays reminiscing about growing up in First Age of Star Wars, and though Booth was a little older than I was at the time, it certainly brought me back to the time when the original trilogy was the all-consuming fire of my young life, too. Begging for the toys, hoarding the Topps cards, memorizing all the factual minutiae, meeting characters in costume at the local mall... yeah, this brought me right back to all of that (I was such a fan at one point that I even collected the Star Wars-themed Dixie cups... dear god, why?). It's a quick, breezy read, and if anything could've been a little longer - what about the Saturday morning cartoons, or the Ewok TV-movies? - but it's a pleasant helping of nostalgia chow, to be certain. 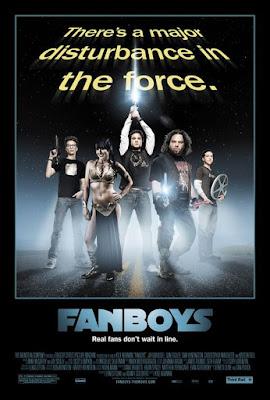 Then Netflix saw fit to send me Fanboys, a road trip comedy about a group of Star Wars fanatics who drive cross-country to break into Skywalker Ranch in 1998 in the hopes of seeing a rough cut of Episode I since one of the group has cancer and probably won't live to see it premiere. It's not exactly what you'd call "good" in the classical sense - all dorky motivations aside, it's a fairly by-the-book road trip comedy, complete with middle-of-nowhere breakdown and "What do you mean they're hookers?!?" Vegas sequence - but there's an enthusiasm and charm throughout that ends up making it enjoyable despite its shortcomings. Awkward as it may occasionally be, the cast all seem to be having fun, and there are some great cameos throughout (including Seth Rogen in three different roles, Carrie Fisher, Billy Dee Williams, Ray Park, Kevin Smith, and one surprising appearance from the other side of the Sci-Fi franchise aisle that I won't spoil here), and that certainly helps. Finally, Star Wars fans have their own Free Enterprise, only in Fanboys, the characters aren't so self-centered and douchey.

Also, Kristen Bell is just ridiculously cute in this movie: 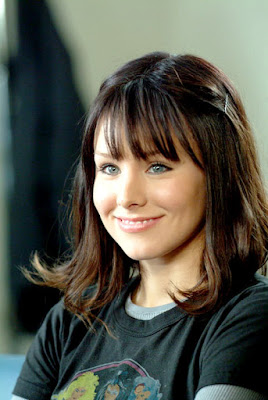