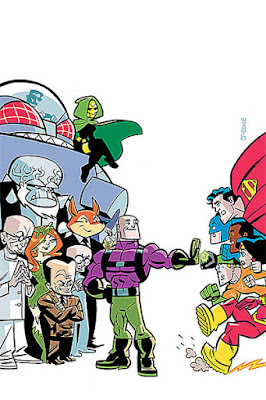 And once again, quick reactionary tidbits to recently read (though not always recently produced) comics.

Uncanny X-Men: Loveless - See, Matt Fraction would've had me on this for just the way he juggles so many plotlines - telling individual stories with Peter and Emma, a group story with Beast and the X-Club, laying the groundwork for the Sisterhood, revealing that both Scott and Emma have side agendas they're telling no one about, building to the return of Magneto, and tying into Dark Reign - in the space of just four regular issues and an annual. But bringing in elements from Marvel's old Godzilla book, too... I'm not made of stone here, people. And then it's also a Terry & Rachel Dodson drawn arc instead of a Greg Land one. You've got a perfect storm of X-Men goodness here is what I'm saying.

Incredible Hercules: Love & War - Maybe the weakest story I've read in the series so far - the whole "world where men are subservient to women" trope is hard to make fresh, and the Amazons seemed too much like the modern Amazon tribe seen in Y: The Last Man - but still a damn fine read despite the well-worn territory. More great characterization, plenty of honestly laugh-out-loud scenes, and the best sound effects in comics today (if there was a Don Martin award, it would go to Incredible Hercules, no question).

Adventures in Cartooning by James Sturm, Andrew Arnold, and Alexis Frederick-Frost - This book from the Center for Cartoon Studies and First Second Books is very likely the best cartooning instruction book you could ever give a kid. Or an adult, for that matter. Most cartooning books attempt to teach you how to draw, which can be incredibly frustrating if you don't have the knack. Sturm and Co. sidestep that altogether and try and teach the audience how to make comics, which is an important distinction; you may never learn to draw like a comics professional, but even the simplest of drawings can still be comics. Best of all, it's not a dry instructional, but a story unto itself about a magic elf, a brave knight, a cowardly horse, and a bubblegum chewing dragon. 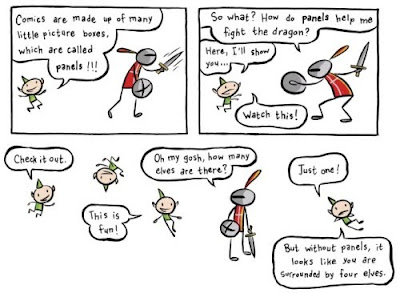 Super Friends #24 - Liam picked this out for himself, but I think I ended up enjoying it more. Lex Luthor hosts the annual mad science convention on Oolong Island, but he also leaks the location to the Super Friends so that the villains have a real test to prove who the top mad banana is. In-jokes galore, and probably the best Mr. Mind appearance in a long, long time (I think that worm needs to switch to decaf). Definitely a read for the young'uns, but a lot of fun stuff in there for the grown-ups, too.

S.W.O.R.D. #4 - Yeah, I know, Dead Book Walking and all, but it's still a terrific read, with brilliant characterization by Kieron Gillen (who should be allowed to write every appearance of Beast and/or Abigail Brand forever after), more Death's Head, and the Single Greatest Faux Pas in Alien Invasion History. Check out this book if you haven't already, even if it's in trade, enjoy it thoroughly, severely chastise yourself for not supporting it earlier, and then rail bitterly and drunkenly against the comics industry in which a book of this quality could not thrive.
at February 23, 2010
Labels: Better Late Than Never Reviews, DC, Hercules, Marvel, SWORD, X-Men