The Three Most Influential TV Shows of My Youth


Shocking, I know, but no other show captured my imagination so vividly as a kid as Doctor Who did. Perhaps because it actually required so much imagination to accept the effects, sets, and costumes that looked so cheesy to anyone raised in the era of Star Wars. The inherent hokeyness of the look could be the show's charm or damnation, depending on your point of view, but it was the writing that helped me overlook, and even embrace, the program's look and feel.


Most Geeks of a Certain Age like to attribute their oddball senses of humor to Monty Python, but mine stems from endless viewings of The Muppet Show during its initial run and years of Saturday morning reruns. It certainly embodied the sort of absurdity and satire I would later discover and enjoy in the Pythons, but it would also introduce young Bill to the likes of Vaudeville, British music hall revue, avant-garde, wicked puns, and the subtle joys of a funny accent, among other things. The Muppet Show was truly all things for all people.


Besides making me a lifelong comic book fan (blame Adam West, Erin!), the 60s Batman show was probably the first thing to introduce me to the concept of layers of meaning. I appreciated it as a little kid for all the action and adventure, for being a comic book brought to life. But I also wondered why my parents or older siblings would smirk at it if they were watching with me. Eventually I learned to see the humorous aspects of the show, both sly and overt, and came to appreciate it on an entirely different level (and as puberty kicked in, I finally realized that the Batgirl episodes are pretty much all about sex.) 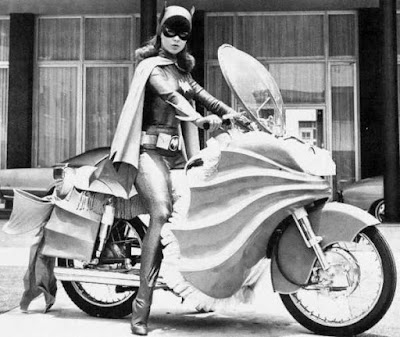