I was sick, like, 2 weeks ago, and I still feel like I'm behind on everything. Here's a big ol' post of miscellanea in an attempt to get caught up with things. Might be SPOILERY in spots, so beware.

First of all, AMC's remake of The Prisoner: 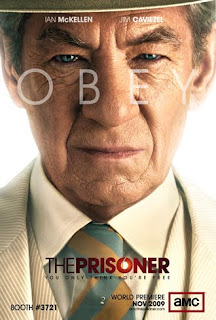 I really wanted to like it, but I barely made it through the first episode and the prospect of trying to slog through another five seemed both tiring and depressing. Like most folks, I think it missed the point of the original entirely; if you're not going to keep the central theme of the struggle to stay individual in the face of conformity - a valuable thought in this day in age, I think - then why just not make an entirely new program in the first place? I also think the folks behind this assumed everyone potentially coming into this was familiar with the original, and made little effort to actually lay out the premise satisfactorily. And as fantastic as the original is, it's the textbook definition of cult classic. Sure, Comic-Con attendees and The Simpsons writers know it, but they're hardly the typical AMC Sunday night audience. Poor, and worse still, boring. 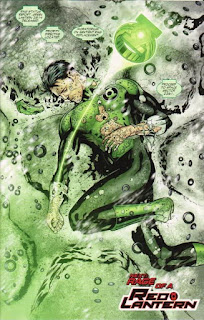 Yeah, I know, it's a comic book death in the midst of a giant crossover that is all but promising the reversal of every DC character death ever, but still. Don't like Hal Jordan, downright hate his fans' feeling of entitlement.

And incidentally, I was going to link to their homepage in the interest of providing some sort of reference for people lucky enough to be unfamiliar with Hal's Emerald Advancement Team, but you know what? THE SITE CRASHED MY COMPUTER. Their evil knows no bounds.

And I bet they smell funny.


R.I.P. Ken Ober, comedian, actor, host and TV producer, but probably best known to us all as "The Quiz Master of 72 Whooping Cough Lane" on MTV's Remote Control. That one was shockingly random. I loved Remote Control, and even managed to convince my parents to let me see the "Remote Control Out of the Basement" tour when it came to the University of Maine even though I was only in middle school and the show was on what they called "that awful MTV." Thanks for the entertainment, Ken, not to mention all of the TV trivia I doubtlessly picked up from you.

Hey, speaking of Remote Control, here's an old commercial for one of its frequent prizes, the MTV LeRun, "part bike, part skateboard!"

Does anyone out there know ANYONE who had one of these? Or better yet, had one themselves? Never once saw one of these in real life (judging by the video, unsurprisingly), so they've always been a mystery to me. A stupid-lookin' dorky mystery, granted, but still.
at November 17, 2009
Labels: comics, MTV, RIP, TV, YouTube
Newer Post Older Post Home