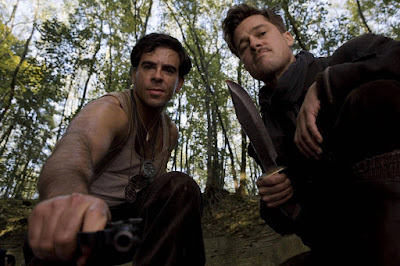 I was very hesitant to see Quentin Tarantino's Inglourious Basterds, mostly because a lot of the people I knew who were excited about it were the sorts of people who got WAY too excited about Fight Club, which I kind of hated. But the fears quickly subsided, since this is a fantastic movie. People can argue over whether or not it's Tarantino's best, but it's certainly my favorite film of his, and I liked Pulp Fiction a whole hell of a lot. All of the classic hallmarks of a Tarantino film are here - the shots, the dialogue, the Inevitable Pop Culture Discussion, etc. - but they seem different somehow; if not subdued then integrated more fluidly, as opposed to the usual pause to insert a directorial tic we've seen him do in the past (like the "and now David Carradine is going to stop and talk about Superman" bit in Kill Bill Vol. 2, to name a famous example).

And though it may sound odd, it was kind of refreshing to see a modern WW2 movie that wasn't burdened by the history or meaning of the conflict. I read that Tarantino wanted to make a Spaghetti Western as a war movie, and he totally succeeded there. This was definitely the sort of thing I could see Clint Eastwood starring in had it been made 30-40 years ago, but more a The Good, the Bad, and the Ugly Clint than a Where Eagles Dare Clint.

It's a fantastic piece of film making. You owe it to yourself to see it. 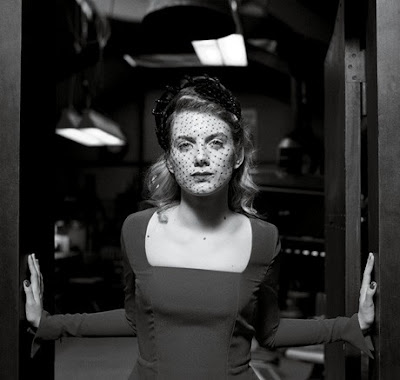