Looks like the Doctor's companions are trending a bit younger, too

So the word out of Auntie Beeb is that Karen Gillan is going to be the Doctor's new companion once the Steven Moffat / Matt Smith era kicks off next year. 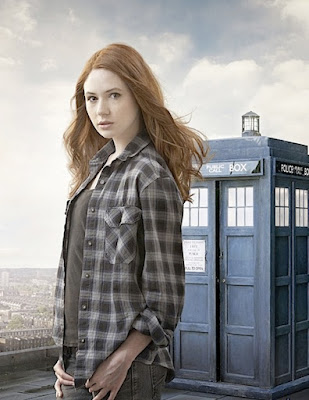 Don't know much about her other than she played one of the soothsayers in the fourth season episode "The Fires of Pompeii," and no one from the BBC has given any info about her character yet, not even a name, but I like to pass along Doctor Who news when I can.

It's also an excuse to post a picture of a cute Scottish redhead. As Chris Rock once said, nuthin' wrong with that.*

*Admittedly he was talking about cornbread, but still.
at May 29, 2009
Labels: Doctor Who
Newer Post Older Post Home