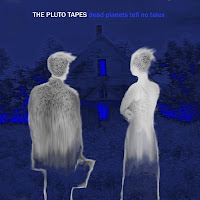 My friend Andy is a talented S.O.B. So talented, in fact, that if I didn't like him, I think I'd kind of hate him for being Good At Things. Even still, I'm currently constructing a device to rob him of his abilities in very much the same manner that the evil dentist played by Dick Gautier tried to drain Fonzie of his Cool™ on a later-season episode of Happy Days (well-past The Shark, that one). So, shhh, don't tell him.

Anyway, Andy is sometimes a band called The Pluto Tapes, and as a special project, he's recording and releasing a cover song every single day throughout the month of April over on his blog, Geek USA. He's putting his own spin on everything from Nine Inch Nails and Nirvana to The Magnetic Fields and the Muppets and all points in between. It's good stuff. And it's free. Free is good. Check it out.

And I'm reasonably certain you can download The Pluto Tapes over at iTunes, so if you like what you hear, throw him some money. I'm sure he'd appreciate it.
at April 13, 2009
Labels: links, music