Our House in the Middle of Our Street.

Alright, so it's actually more toward the end of the street, but who's counting? Besides, the only other house song I could think of was that Crosby, Stills, and Nash song, but A.) we don't have two cats in the yard, and B.) I prefer Madness to CS&N by a factor of about a billion.

Anyway, this weekend, we finalized everything, signed the appropriate paperwork, and we are now officially in soul-crushing debt thanks to this place: 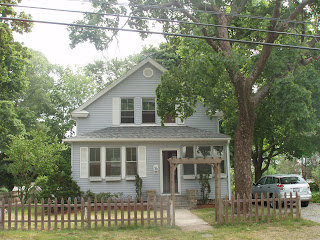 But at least its cute debt with a fence, a manageable yard, and room in the back for a swingset. And on initial contact, the neighborhood dogs seem about a third less feral than the ones we live near now, so I consider that a definite plus. And it came pre-equipped with a Liam cupboard. 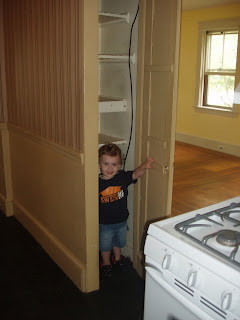 Which is handy, since we already have a Liam to store in it.

Now all we have to do is, ugh, move in. It's sad when signing away your entire life is actually the easy part.
at July 01, 2007
Labels: life