Rogers was a phenomenal artist with a lot of great work attached to his name, but he's best known for his work on Detective Comics #s 471-476 with writer Steve Englehart and inker Terry Austin. Though it lasted just 6 issues, for most folks (myself included), this is the Batman run. It's collected in the book Batman: Strange Apparitions, and it's well worth checking out. 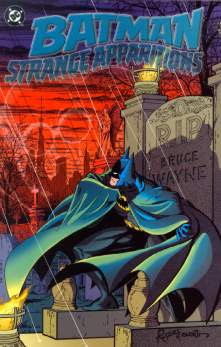 There's some other stories collected in the book, at least one drawn by Walter Simonson, as I recall. but it's the Rogers work that'll stand out. Like a lot of the great artists to come up in the 70s - your Simonsons, your Goldens, your Chaykins, your Kalutas, and so on - his style manages to be "traditional" and unique at the same time. It's hard to explain, but if you check it out, you'll see what I mean. He was a true talent, and he'll be missed.