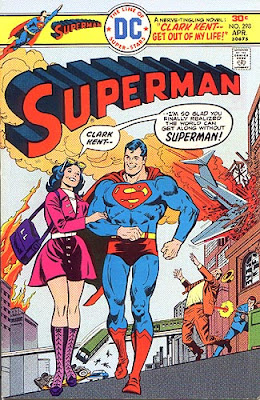 I only recently discovered the man's work, but that doesn't make this any less of a shame. You'll be missed, Bob!

Let's talk some TV, shall we?

So someone's supposed to get killed to death on Heroes tonight (and for once, I'll actually get to watch Heroes on its actual day of broadcast, since I'm working daylight hours for the holiday). "No one is safe," the ads say, but let's be honest, it's probably not all that hard to handicap this one. The easy money is on Claire's mom, seeing as she's all Crazy Go Nuts after multiple mind wipes from her hubby's Jamaican sidekick there (which is a much more interesting idea than anything DC has come up with in the past two-to-three years since they went all mind wipe crazy). However, I wouldn't be terribly surprised to see Ando buy it before the credits roll. He keeps putting himself into ridiculously avoidable dangerous situations in his pursuit of getting to touch some American hiney, and it's the sort of thing that could shock Hiro into getting his powers back and reaffirm his commitment to the quest. I'd hate to see the guy go, but it's a distinct possibility, since A.) it'd be enough of a shock to be felt strongly, but not enough of one to really upset the show itself; and B.) he has no powers, and it's not called "Heroes and their Associated Hangers-On."

Of course, I'm really hoping it'll be Parkman or Nikki/Jessica who gets offed, since I'm not interested in either storyline there (so last week's episode where they crossed? *snore*), and I'm tired of seeing their trainwreck lives. Honestly, I keep expecting one of the "Next time on..." segments to say, "Hey, guess what, Parkman actually does something right for a change. Seriously. I know, we didn't see it coming either."

Elsewhere on TV this week (well, Fox, to be exact), The O.C. ends. I was never a huge fan, but it had it's worthwhile moments. I realize it's hard to keep a show about high school characters good after those characters actually leave high school, but still, it's a shame to see the show get the axe now. Ever since they killed off Mischa Barton's character (and whoever made that decision, your check is in the mail), it actually got kind of good again. On the plus side, maybe Melinda Clarke can go back and do another Lady Heather episode on C.S.I.

Confidential to Geoff Johns - eviscerations can occasionally take place off-panel. Remember the shower scene from Psycho? Terrifyingly effective, and you never see a damn thing. I'm just putting that out there for you.

Reason #682 I hate my neighborhood: the local pit bull, the one who never seems to be chained up, almost attacked me in my own yard yesterday morning when I went to go out and get the paper. I'm out there trying to negotiate my way across the sheer icy surface of the far end of my driveway, and this beast comes a barkin' and a growlin' on up to me. I couldn't help but flash back to Never Cry Wolf, only without the whole positive "species living in harmony and respect" lesson. Thankfully, I was able to work my way back to my front door before he decided he wanted to charge, but there's a part of me that almost wishes he'd have bit me so we could end this little dance once and for all. He's always loose, always tearing up people's garbage and barking at folks in their own yards. The owners will do nothing about it, and neither will the police. In fact, Animal Control has told us before that they don't want to come do anything about it because we live "on the other side of town." I'll have to remember that when it's time to pay taxes to the city.

"Oh, I'm sorry, but City Hall is all the way on the other side of town. I couldn't be bothered!"

Someone's going to get bitten (or worse) before anything is done about this, but even then, I have my doubts. This animal needs to be caged. Or better yet, put down completely. Sorry, animal lovers out there, but pit bulls are not good dogs, and they should certainly never be pets. No arguments of "oh, the dogs are okay, it's all the fault of the owners" will ever convince me otherwise. These are vicious creatures that have no business living where people (and small children) make their homes.
at February 19, 2007
Labels: comics, life, TV